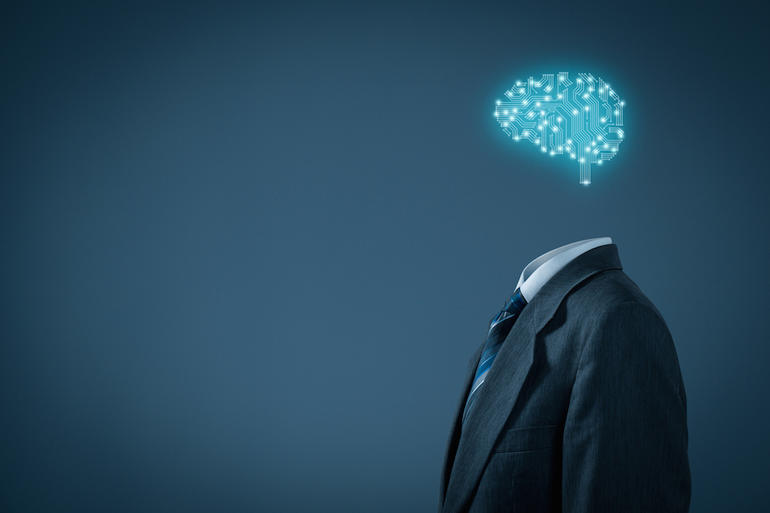 Just as cloud computing used to be, so now artificial intelligence is the term that pretty much every tech start-up is required to mention if it’s going to be considered a contender for the Next Big Thing. If you don’t include machine learning and neural networks in your pitch, prepare to be ignored.

But there is the increasingly visible downside to the AI hype. Not just the billionaires arguing about the far future of humanity, but the more pressing worry that AI may destroy more jobs than it creates.

Plenty of industries and roles are potentially at risk as a result of the rise of automation and AI, but the tech industry is in an odd position, in that it is both creating AI tools and is one of the industries that could see job losses from automation.

Some may, of course, consider it poetic justice that IT workers will be among the first to feel the impact of AI in the workplace.

And the IT industry has, in recent years, hardly had a great track record when it comes to thinking about the future of either staff or their skills.

The fashion for outsourcing and off-shoring in the last decade or so may have saved companies money in the short term but has also been blamed by many for doing away with the entry-level jobs that provided a gateway into the industry. The rise of cloud computing has also reduced the number of some application maintenance roles.

The rise of AI could have a similar impact. One of the most complained about features of outsourcing is staff being required to train their replacements. And one of the big secrets of AI is just how much training it requires by humans to be able to do its job. But of course, once that training is done the need for those trainers goes away again.

None of this is necessarily a bad thing; every new technology, from the wheel to the internal combustion engine, has created new and better jobs; the trick is to make sure that the self-driving car continues that trend.

A recent report by PWC on the future of work noted: “Automation and Artificial Intelligence will affect every level of the business and its people. It’s too important an issue to leave to IT (or HR) alone. A depth of understanding and keen insight into the changing technology landscape is a must.”

That’s true, but there’s also an opportunity here for the technology industry. IT understands how AI works and needs to show other industries how it can be incorporated without simply destroying jobs. By their own behaviour, IT companies and IT departments need to show that using AI and automation isn’t necessarily bad for jobs and skills: to show that harnessing this new technology can still create more jobs than it destroys. That means using AI for more than cutting costs and being willing to help workers adjust to the need for new and different skills. If the IT industry can’t balance the adoption of AI with the creation of decent jobs, then what hope is there for any other industry?

AI will certainly create huge benefits, but there are big challenges to consider; how to retrain people after the rise of automation; whether the working week or even the traditional career are still meaningful concepts, and what that means for how we organize society.

We won’t resolve all those questions for decades yet, but how companies behave today will have a bearing on those answers down the line. The real success of AI will not be down to technology, it will be down to how we treat people affected by it its arrival.