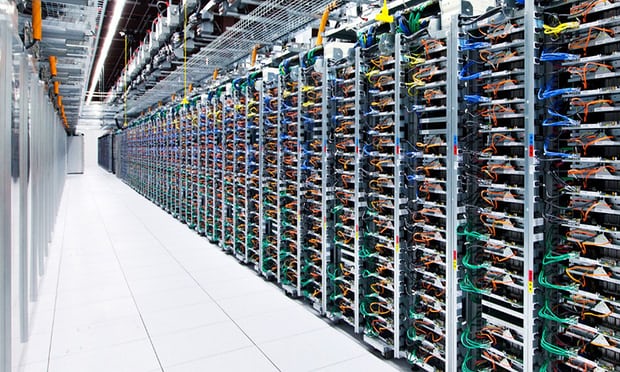 Once upon a time, a very long time ago – 2009 in fact – there was a brief but interesting controversy about the carbon footprint of a Google search. It was kicked off by a newspaper story reporting a “calculation” of mysterious origin that suggested a single Google search generated 7 grams of CO2, which is about half of the carbon footprint of boiling a kettle. Irked by this, Google responded with a blogpost saying that this estimate was much too high. “In terms of greenhouse gases,” the company said, “one Google search is equivalent to about 0.2 grams of CO2. The current EU standard for tailpipe [exhaust] emissions calls for 140 grams of CO2 per kilometre driven, but most cars don’t reach that level yet. Thus, the average car driven for one kilometre (0.6 miles for those in the US) produces as many greenhouse gases as a thousand Google searches.”

Every service that Google provides is provided via its huge data centres, which consume vast amounts of electricity to power and cool the servers, and are therefore responsible for the emission of significant amounts of CO2. Since the advent of the modern smartphone in about 2007 our reliance on distant data centres has become total, because everything we do on our phones involves an interaction with the “cloud” and therefore has a carbon footprint.

The size of this footprint has been growing. At the moment, about 7% of the world’s electricity consumption is taken by our digital ecosystem but this is forecast to rise to 12% by 2020 and is expected to grow annually at about 7% through to 2030.

The big internet companies are acutely aware of this. Electricity costs money and they are fanatical about reducing costs. And they are desperate to avoid the PR downsides of being perceived as energy hogs. So they have responded to a challenge issued by the environmental group Greenpeace some years ago – to commit to having all of their activities powered by renewable sources. Facebook, Apple and Google made this “100% renewable” commitment four years ago and have now been joined by nearly 20 other internet companies.

The trouble is that server farms and networks account for only 50% of the electricity consumption of our networked world. The devices we use consume another 34% and the industry that manufactures them takes up the remaining 16%. Making environmental progress on these fronts will be much harder. A desktop PC running eight hours a day, for example, emits 175kg of CO2 in a year. So you can imagine the carbon footprint of a large city office block that has thousands of desktop PCs running for the whole of a working day. Multiply that by all the office blocks in the centre of London and you get an idea of the environmental impact of even the humble PC.

But the most spectacular illustration of computing’s environmental cost comes not from offices but from the current craze for the cryptocurrency bitcoin. As I write, one bitcoin is worth $8,129 (£6,108). In February 2011, it was worth only a dollar and on its way to its current precipitous level the price has seesawed regularly. But it’s clear that we are now in tulip-mania territory.

How do you get hold of bitcoins? You can either buy them on public exchanges or you can earn them by doing some “bitcoin mining”– that is, participating in the process by which bitcoin transactions are verified and added to the public ledger (the blockchain) and also the means through which new bitcoins are released. Essentially, this means building and running your own server farm (you can buy the kit on Amazon) and, as the price has increased, more and more people appear to be doing this.

So here’s your starter for 10: is bitcoin a bubble? Answers on the back of a postage stamp, please.