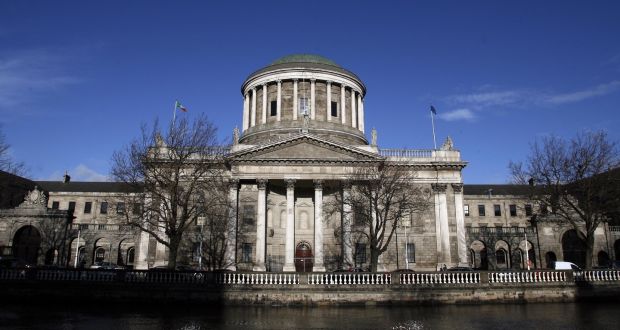 If ever there was an industry ripe for disruption it is surely the legal profession. Unlike many other sectors, however, it has tended to be a little reticent about embracing technology to innovate.

This isn’t too surprising. After all, the traditional way of doing business for legal firms has been extremely profitable. The model typically involves a bunch of low-paid minions doing grunt work while a few partners earn eye-wateringly high sums.

Moreover, many legal professionals look upon technology with fear and who could blame them when a forecast from Deloitte published last year predicted that more than 100,000 jobs in the sector could be automated within the next 20 years.

Like it or not, things have been changing in the legal world in recent years, partly due to clients cutting the amount they are willing to spend on services, but also as a result of increase in technology that automates tasks such as due-diligence work.

A number of recent studies now show widespread change is now firmly upon us. A report from consulting group BDO published in March, for example, suggests the global legal industry is at a tipping point with four-fifths of respondents expecting technology to have the greatest impact on their firms over the next five years.

“It is an industry that is in desperate need of disruption. It is very traditional, extremely inflexible and ridiculously expensive,” says Dan Fox, founder of Johnson Hana International, a Dublin-headquartered alternative legal solutions company which recently raised $1 million in seed funding from backers including Voxpro Group co-founder Dan Kiely.

The company, whose clients include Tesco and Ervia, has developed artificial intelligence (AI) to reduce the cost of many large-scale legal processes such as contract reviews.

“How technology will replace lawyers is the new narrative. I don’t actually think that will happen. It will more be a case of the two working together to streamline processes. There will always be a role for humans but tech is definitely eradicating extraneous documentation and getting mundane but necessary tasks done more quickly,” he adds.

Kira Systems, a Toronto-based provider of machine-learning software is one of the big players in the so-called “lawtech” space. Co-founded by chief executive Noah Waisberg, a former mergers and acquisitions lawyer at Weib, Gotshal & Manges in New York, it counts many of the world’s leading legal firms as its customers including Clifford Chance, Freshfields, Ashurst, DLA Piper and, in Ireland, McCann Fitzgerald.

“I came to realise while working on M&A deals that typically between 30 and 60 per cent of the work on them is due diligence and that a lot of the time with this it is junior lawyers fresh out of law school who are charged with looking through contracts and pulling out information. It is something that is time-consuming and expensive and therefore is ripe for automating,” says Waisberg.

“We’re at a point with out software now where customers tell us they can get through a contract in up to 90 per cent less time than they used to but with greater accuracy,” he adds.

Waisberg, who was in Dublin recently trying to drum up more business locally, told The Irish Times that it largely got its break by going to the clients of law firms and showing them the benefits rather than directly approaching legal practices themselves.

“We went to companies who were spending hundreds of millions of dollars in transactions fees and showed them what we’d built and got them to lobby the law firms to adopt our software. We arrived at an opportune moment because they knew they weren’t getting good value for money and wanted to do something about it,” he says.

Nonetheless, Waisberg, who says Kira has a 90 per cent share of the law market currently, claims that rather than trying to unseat staff and reduce their income, Kira’s technology can bring about opportunities for legal firms.

“Deloitte took on our software in 2014 and now has 5,000 professionals using it. They attributed $30 million in new client revenue due to using our technology. In addition, one large UK law firm, which was working on a change in German law for an individual pharma client, trained up our software to make the amendments to a couple of clauses in about 20,000 documents. It was then able to approach every other companies impacted by the change and win their business too,” Waisberg says.

McCann Fitzgerald has not only been using Kira Systems technology for some time but also announced a deal with Neota Logic to design and licence AI applications for clients.

“This is about generating revenue streams rather than cannibalising old ones and, just as importantly, about creating real value for our clients,” says Karyn Harty, who led the application on the use of technology assisted review on 680,000 documents in the IBRC v Seán Quinn case.

“Irish law firms are starting to use machine learning more regularly for things such as ediscovery work but technology is still embryonic in the legal world as a whole,” she added.

Harty believes tech can be a great leveller in the legal world.

“There’s always been a disjuncture between expertise at bigger firms and smaller ones in areas such as ediscovery and judges worry about that. Technology, though, enables smaller firms to manage the type of large projects that they just wouldn’t have been able to do previously.”

“Legal professionals can be freed up from the more mundane side of things to deliver real value to clients,” Hogan says.

“The vast majority of work done at any law firm is not and will not be AI-driven but using technology will leave us to do more interesting work and to have the brain space to think strategically, which is really what our clients want from us,” he adds.