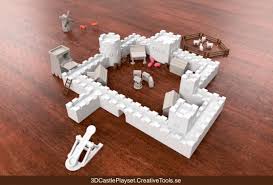 Remember how just five years ago it seemed like 3D printing was going to take over the world? How it seemed like we’d have 3D-printed cars that we’d be parking in our 3D-printed houses? Things didn’t seem to work outso much. But even while the hype died, companies have been steadily working on the technology.

Two years after MX3D announced a plan to 3D print an entire steel bridge designed by Joris Laarman, the project really is going forward, with anticipated completion sometime next year. The company and it’s chief investor Autodesk agreed to share an exclusive update with Co.Design. What’s fascinating is how much things have evolved, how many problems have been conquered–and where the project goes from here.

A CASE STUDY FOR INDUSTRIAL APPLICATIONS

The bridge is really just a proof-of-concept for printed steel applications that range from shipbuilding to offshore oil rigs. Getting there will require not just better software, but robots that can teach themselves how to get better at 3D printing. “We’re now making huge steps in the volume of objects that can be printed. That’s going to create a significant leap in adoption,” says Gijs van der Velden, who runs MX3D, a startup spun off from Joris Laarman Lab that’s dedicated to commercializing large-scale steel printing.

When Laarman first dreamed up the bridge, it was supported by a lattice of struts that branched like an ice crystal. It was to be installed across a canal near Amsterdam’s historical Red Light district. But the bridge has changed radically, for one simple reason: The city found that the design stressed the walls of the canal, and so had to be reengineered. The bridge that’s being printed now more resembles a typical pedestrian structure, though the surface and form still bend and twist fantastically, in a way that could only be done with 3D printing. And that’s the point: To show all kinds of would-be partners what’s possible.

The challenge is printing big pieces. You might think that would be a hardware problem–a matter of making better robots–but it’s actually more about software. All along, the idea has been to use off-the-shelf industrial robots, so that a client could literally order the robots, get them in three weeks later, and then use MX3D’s software to print whatever they like. It’s complicated to get those robots to weld something that has all the physical properties required of a high-performance part.

When steel melts, its physical properties change. Constant reheating makes it brittle. That means that you can’t simply build up a 3D-printed steel structure like you can with plastic, applying one layer of goop at a time. As the successive layers of steel are applied, they reheat the layers below. If those have been only recently applied, they get weaker. Conquering that challenge means an entirely different printing strategy. As different areas cool, the steel has to be built up in what looks like random patterns. A robot that’s 3D printing with steel looks less like a spider spinning a web–and more like a spider spinning a web while tripping on acid. Because the printer is no longer waiting for steel to cool in a particular spot, the printer itself can work twice as quickly.

But then things get even more complicated. Intricate 3D geometries are by definition bespoke, so it’s hard to know in advance where the machine will have trouble creating strong welds. This is where machine learning can help. The industrial robots that MX3D uses already have sensors that detect how much current is being used to heat up the metal, how hot that metal gets, and where exactly the welds are being applied. MX3D is working on the next phase: combining that data with machine-learning algorithms to help the robot learn what welds are likely to pose problems–and either address those problems in real time, or avoid them altogether, coming up with new patterns of movement that allow each layer to build up properly. “When you’re making the file for printing, the big issues will be resolved,” explains van der Velden. “When you’re actually printing, the machine will recognize a problem and create a solution on the fly.”

He concedes that 3D printing steel won’t be useful in 95% of industrial building projects. In those cases, simple structures are all that’s needed. But the remaining 5% is a huge market. For example, the steel support structure for an offshore oil rig is incredibly difficult to engineer. Instead of having a team of builders create a single part, you might have two engineers keeping watch over eight robots. Moreover, one of the most time-consuming steps in making pieces for a huge project such as an oil rig is shaving critical parts down, to save whatever weight you can. Reducing a 6,000 kilo part to 5,000 kilos can mean renting an entirely different sort of crane for installation, at a dramatically lower cost. 3D printing such a part, with an intricate interior structure where all the weight has already been reduced, might stand to reduce weight by 50% while requiring no extra shaving work. The same goes with large, high-performance parts such as the rotor on a cargo ship. Massive energy savings would result from a piece the looks the same on the outside but has been optimally hollowed out on the inside.

Which brings us back to the bridge. It’s meant to be marketing for Autodesk, which has sponsored the project; MX3D, which makes the software; and a dozen other partners who’ve invested millions of dollars in resources to develop the technology. While the bridge looks cool on the outside, that surface is really meant to show what’s possible inside giant pieces of equipment that haven’t changed much in decades. “It’s not going to be a magical way of producing everything,” says van der Velden. “But we’ll find really important new parts to print.”