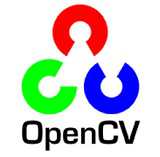 OpenCV.org has announced that the popular and long-running package OpenCV-Python is now an official OpenCV project.

OpenCV is a computer vision library that includes modules for standard image processing tasks such as filtering, warping, and color space conversion.

OpenCV was started at Intel in 1999. Its algorithms cover computer vision and machine learning and the collection is expanding day by day. OpenCV supports a variety of programming languages including C++, Python, and Java, and is available on platforms including Windows, Linux, OS X, Android, and iOS. Interfaces for high-speed GPU operations based on CUDA and OpenCL are also under active development.

OpenCV-Python is the Python API for OpenCV, combining the best qualities of the OpenCV C++ API and the Python language. It is a Python wrapper for the original OpenCV C++ implementation. It contains pre-built OpenCV with dependencies and Python bindings, so there’s no need to install OpenCV separately. OpenCV-Python makes use of the Numpy numerical operations library, and all the OpenCV array structures are converted to and from Numpy arrays. This makes it easier to integrate with other libraries that use Numpy such as SciPy and Matplotlib.

PyPi packages are provided for Windows, Linux (x86_64 and aarch64) and MacOS (x86_64). The OpenCV team is working on bringing support to the new Apple M1-powered hardware too, but say that this support depends on CI services support and hardware availability.