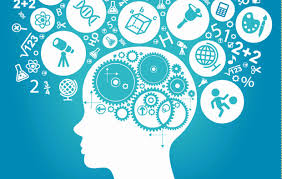 Artificial Intelligence is radically changing the way we think of technology. It is progressing rapidly, with key advancements ranging from virtual assistants (such as Apple’s Siri and Microsoft Cortana) to fraud detection. This emerging tech now plays a part in everyday life.

Another study performed by Forrester Research predicted an increase of 300% in investment in AI this year (2017), compared to last year. Tools and technologies play an important role in growth of any technology. Right software makes a huge difference in creating a complete AI experience.

So, here are the 10 Best AI and machine learning tools for developers,

Azure ML is built on top of the machine learning capabilities of several Microsoft products and services. It shares many of the real-time predictive analytics of the new personal assistant in Windows Phone called Cortana.

Azure ML also uses proven solutions from Xbox and Bing. Outshining Nate Silver’s lauded FiveThirtyEight blog, Bing Predicts recently astonished many by correctly forecasting the results of more than 95% of the US mid-term elections. Thus, it might be worth checking out Azure ML to see what its powerful cloud-based predictive analytics can do for you.

Diffblue’s core AI builds an exact mathematical model of any code base. This model allows a very deep semantic understanding of what a program is trying to do. Founded by Daniel Kroening at the University of Oxford, DiffBlue is a dedicated code automation platform. And it’s a simple but extremely useful one at that.

Its aim is to locate bugs, refactor code, perform test writing and find and fix weaknesses in code, all done via automation.

TensorFlow is an open source software library for numerical computation using data flow graphs. Nodes in the graph represent mathematical operations, while the graph edges represent the multidimensional data arrays (tensors) communicated between them. The flexible architecture allows you to deploy computation to one or more CPUs or GPUs in a desktop, server, or mobile device with a single API.

TensorFlow was originally developed by researchers and engineers working on the Google Brain Team within Google’s Machine Intelligence research organization for the purposes of conducting machine learning and deep neural networks research, but the system is general enough to be applicable in a wide variety of other domains as well.

Polly uses AI to automate voice to written text across 47 voices in 24 languages.

While Lex is the open source engine behind Amazon’s personal assistant Alexa, allowing developers to integrate chatbots into web and mobile applications.

Although enterprise-focused, Protege has a suite of open source tools ideal for developers to create ‘knowledge-based applications with ontologies’.

MLlib is the machine learning library that is provided with Apache Spark, the in memory cluster based open source data processing system. It features a large database of algorithms focusing on classification, regression, clustering and collaborative filtering.

It is designed for simplicity, scalability, and easy integration with other tools. With the scalability, language compatibility, and speed of Spark, data scientists can solve and iterate through their data problems faster.

Nervana and Intel have joined forces to build the next generation of intelligent agents and applications and Neon is its open source Python-based machine learning library.

Neon has lots of video tutorials and a ‘model zoo’ which houses pre-trained algorithms and example scripts.

It includes lots of documentation and tutorials including an introduction to neural networks, although OpenNN is aimed at developers with lots of experience with artificial intelligence.

The package comes with unit testing, many examples and extensive documentation. It provides an effective framework for the research and development of neural networks algorithms and applications.

Apache Mahout is a library of scalable machine-learning algorithms, implemented on top of Apache Hadoop and using the MapReduce paradigm.

Once big data is stored on the Hadoop Distributed File System (HDFS), Mahout provides the data science tools to automatically find meaningful patterns in those big data sets. The Apache Mahout project aims to make it faster and easier to turn big data into big information.