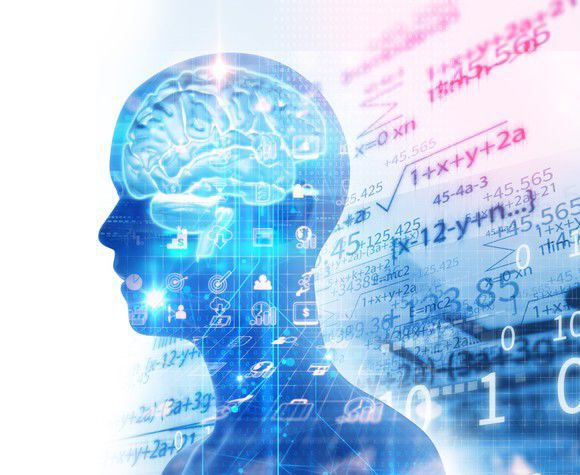 Though the concept of artificial intelligence (AI) has been around since the 1950s, it was the advent of big data and improvements in computing power that enabled practical applications of the science. With all the press concerning AI and the myriad advancements, the concept remains elusive to many.

Much of the progress made in the field has been the result of deep learning, a subcategory of AI. Investors may be hesitant to chase technology that is still in its infancy, and they may be wondering what’s behind the headlines and if there’s a way to profit from this emerging paradigm. Let’s review the science behind the technology and look at three companies taking the lead in these exciting breakthroughs: Alphabet Inc. (NASDAQ: GOOGL) (NASDAQ: GOOG), Microsoft Corporation (NASDAQ: MSFT), and Baidu, Inc.(NASDAQ: BIDU).

What is deep learning?

AI has only been making headlines over the last few years, but the real story has been deep learning. Using the structure of the human brain as a guideline, scientists have succeeded in creating advanced computing models called neural networks that learn in stages, similar to their human counterparts. Using algorithms to direct the process, these computer systems have been taught to recognize patterns. This seemingly simple accomplishment has expanded like ripples in a pond and led to innovations that allow these systems to recognize images as well as written and spoken words.

There are numerous examples of how you are already using these developments in your daily routine. The virtual assistants that come standard on smartphones are powered by the technology, which allows them to respond to your voice and follow instructions. Deep learning also forms the foundation for self-driving cars, which are already on the road. When social media suggests tagging a friend, an e-commerce site recommends a purchase, or a streaming service makes movie recommendations, each of these instances has deep learning at its core.

One of the pioneers

Google has been at the forefront of AI research for years, but its first major breakthrough came in 2012. After feeding 10 million images from YouTube videos into its Google Brain, the deep learning system was able to pick out the images of cats. This seemingly innocuous accomplishment was the beginning of the modern AI era, led by Stanford University professor and acknowledged AI expert Andrew Ng, who founded the Google Brain project. The company has since used the technology to optimize its search results, power its virtual assistant, and improve its translation services. It also made the tech available to its cloud users.

Google bolstered its program with the acquisition of AI start-up DeepMind in 2014 for an estimated $660 million. Systems developed by DeepMind have successfully mastered the ancient and complex Chinese game of Go and defeated the world champion, a feat many thought impossible. A similar system helped Google arrange its servers and devised a cooling system for them that produced hundreds millions of dollars in energy savings.

Waymo, Google’s self-driving car unit, has produced what is likely the most advanced autonomous vehicle in the world today, which is currently being tested with volunteer riders. Partnerships with ride-hailing start-up Lyft and Avis Budget Group (NASDAQ: CAR) take the company one step closer to bringing the technology to the masses.

Microsoft Corporation (NASDAQ: MSFT) has used its deep learning for many of the same purposes: to improve the results of its Bing search, act as a translator for Skype, and power its Cortana virtual assistant. The company has also made key acquisitions in the area. Earlier this year, the company acquired Canadian deep learning start-up Maluuba, which focused on improving AI’s ability to communicate with humans more effectively and improving its decision-making skills.

While it has been deploying deep learning across a broad swath of its products and services, much of Microsoft’s focus has been around its Azure Cloud. To that end, it also acquired cybersecurity start-up Hexadite, which uses deep learning to reduce the time required to respond to cyber incidents by as much as 95%.

Microsoft’s AI investment in its cloud business appears to be paying off. The company recently reported that its revenue from Azure grew 93% year over year, and Microsoft was identified by Gartner’s Magic Quadrant as one of the leaders in the Cloud Infrastructure as a Service (IaaS) category.

Baidu, Inc. (NASDAQ: BIDU) may not be a household name to U.S. investors, but it’s the online search leader in its native China. The company used the talents of Andrew Ng, who founded the Google Brain, to jump-start its own deep learning aspirations and has the most advanced AI program in China. The resulting Baidu Brain hosts an ecosystem of 60 different AI services.

Deep learning has been deployed to advance and expand its business, improve its search accuracy, make recommendations for its streaming service, and bring greater accuracy to its maps service. It has been deployed to increase user engagement, and the company has achieved a 97% success rate in voice recognition, which is at the heart of its DuerOS virtual assistant. In its recent entry into the financial services market, it uses AI to determine the creditworthiness of its borrowers.

Baidu also sports the most advanced autonomous driving program in China. It recently decided to open source the project and has announced partnerships with more than 50 companies to advance the technology.

It is still early days for AI and deep learning, and it would be difficult to quantify each company’s earning potential. Still, some estimates place the total value of the AI market at $36 billion by 2025. With that much at stake, these leaders in deep learning could be “intelligent” additions to your portfolio.

When investing geniuses David and Tom Gardner have a stock tip, it can pay to listen. After all, the newsletter they have run for over a decade, Motley Fool Stock Advisor, has tripled the market.*

David and Tom just revealed what they believe are the 10 best stocks for investors to buy right now… and Microsoft wasn’t one of them! That’s right — they think these 10 stocks are even better buys.