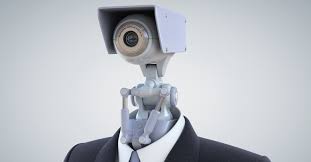 In this age of frequent deadly shootings, the majority of teens—and their parents—worry about the possibility of an attack at their own school. A new artificial intelligence security system is aiming to give parents and their kids some additional peace of mind.

Athena Security, created by Fortune 40 under 40 alum Lisa Falzone, is a camera that uses AI to recognize violent or criminal behavior, such as the pulling out a gun, and can report it to police. Falzone created the technology with her co-founder, Chris Ciabarra.

Current security cameras typically record via on-site servers, providing information to law enforcement only after a crime has been committed. Athena takes a preventative approach, using the cloud to relay information instantly. Whether it’s implemented at a business, school, or around a city, the system can send an alert directly to the owner’s phone when it recognizes dangerous motions like a gun being pointed, a knife being pulled, or people fighting.

Athena can also send the alert directly to police, if it’s configured to do so, providing them with real-time footage via an app. If there’s an attack at a school, police will know what’s happening and where to find the shooter when they arrive.

Athena’s pioneer system is already set up in one school, Archbishop Wood High School in Warminster, Pennsylvania, where it was implemented last week.

“We have a duty and responsibility to keep our students safe,” said Gary Zimmaro, the high school’s president, in a statement. “With 246 mass shootings in 2018 alone, Athena Security has calmed parent’s fears substantially.”

Athena’s most advanced systems, like the one at Archbishop Wood High School, are capable of coordinating with third party systems to lock doors, halt elevators, or communicate directly with people on site.

“Police can voice in and say, ‘Hey, you’ve been detected. Please put down the gun,’” says Falzone. “The feedback that we’ve gotten from law enforcement, especially for retailers, convenience stores, banks—criminals going after money—is that’ll be really helpful in deterring crime.”

Right now, Athena is only launching with gun detection, but soon it’ll be able to recognize other dangerous motions. And in a world of all-to-frequent false alarms, Athena claims its system is unique for its reliability: Falzone says Athena is 99% accurate in recognizing guns in a two-second window.

“We’ve basically perfected that, and so we’re already starting to work on fights, knives, and other crimes,” she tells Fortune. “We expect fights to be done in the next couple months, at least the first version of it.”

Security will be available in three tiers: Professional, Enterprise, and Unlimited Professional, with increasing feature sets. The price, paid per camera each month, ranges from $25 to $100, depending on the tier, says Falzone.

Company leadership is also putting together an advisory board to guide its growth. Current members include Greg Suhr, San Francisco’s former chief of police, who’s providing a law enforcement perspective; and Zac Bookman of OpenGov, who’s aiding with government partnerships.

While the security system is just getting started, Athena’s co-founders are no strangers to success: Falzone and Ciabarra are the founders of iPad point-of-sale company Revel Systems, for which they raised over $120 million and created 700 jobs.

The co-founders sold Revel Systems in early 2017, around the time of the Las Vegas shooting that left more than 50 dead. Falzone and Ciabarra began brainstorming how they could help prevent such crimes using their cloud tech expertise, and Athena was born.

“Our vision and mission is to use artificial intelligence for good,” says Falzone, “and to really help people and try to help save people’s lives.”