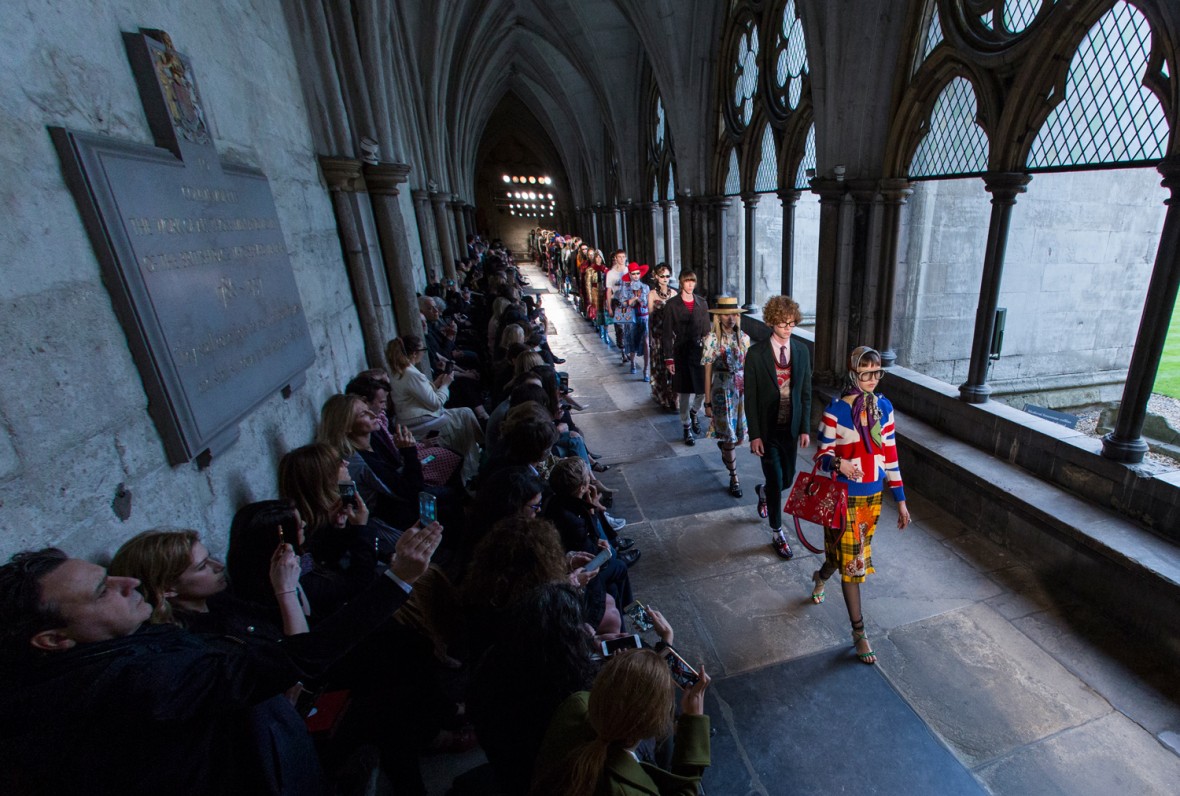 Amazon isn’t synonymous with high fashion yet, but the company may be poised to lead the way when it comes to replacing stylists and designers with ever-so-chic AI algorithms.

Researchers at the e-commerce juggernaut are currently working on several machine-learning systems that could help provide an edge when it comes to spotting, reacting to, and perhaps even shaping the latest fashion trends. The effort points to ways in which Amazon and other companies could try to improve the tracking of trends in other areas of retail—making recommendations based on products popping up in social-media posts, for instance. And it could help the company expand its clothing business or even dominate the area.

“There’s been a whole move from companies like Amazon trying to understand how fashion develops in the world,” says Kavita Bala, a professor at Cornell University who took part in a workshop on machine learning and fashion organized by Amazon last week. “This is completely changing the industry.”

A number of forward-thinking retailers are already using social networks like Instagram and Pinterest to track the latest fashion trends and react quickly. And startups like the subscription service Stitch Fix already make personalized recommendations based on user preferences and social-media activity.

Amazon, meanwhile, is making moves to bolster its apparel business, developing its own clothing brands, investing in high-quality photography for products, and launching Prime Wardrobe, which lets customers try on clothes before buying them. Its Echo Look app will even give you feedback on your outfits.

But Amazon appears to be pushing that algorithmic approach even further. For instance, one group of Amazon researchers based in Israel developed machine learning that, by analyzing just a few labels attached to images, can deduce whether a particular look can be considered stylish. The software could conceivably provide fashion feedback or recommendations for adjustments. The work is innovative because computers usually require extensive labeling in order to learn from visual information. But in many real-world situations, such as an image posted to Instagram, there might be just one label.

An Amazon team at Lab126, a research center based in San Francisco, has developed an algorithm that learns about a particular style of fashion from images, and can then generate new items in similar styles from scratch—essentially, a simple AI fashion designer. The approach is crude and hardly ready for Project Runway, but it hints at the possibilities.

This work uses a cutting-edge tool called a generative adversarial network, or GAN. It consists of two deep neural networks operating in tandem to learn efficiently from raw data. The GAN internalizes the properties of a particular style simply by looking at lots of examples, and it can then apply that style to an existing item of clothing. GANs, which were developed by a researcher on the Google Brain team, are a hot topic in machine learning today.

Both these projects were revealed at the workshop organized by Amazon. The event included mostly academic researchers who are exploring ways for machines to understand fashion trends. The company declined to comment on the projects.

Some at the workshop showed how the techniques being developed to track fashion trends could provide broader insights into human behavior. Bala and her colleagues are using information gleaned from Instagram as a form of anthropological research. “We’re trying to understand how people live their daily lives,” she says. “It really is unprecedented in human history that we have this extent of visual records.”

Others are exploring ideas that could feed directly into people’s closets. A group from the University of Illinois in Urbana-Champaign demonstrated an algorithm for identifying fashion-focused social-network accounts. A team from the Indian clothing site Myntra showed a program that guesses a person’s correct size for a particular garment from his or her past purchases.

Tim Oates, a professor at the University of Maryland in Baltimore County, presented details of a system for transferring a particular style from one garment to another. He suggests that this approach might be used to conjure up new items of clothing from scratch. “You could train [an algorithm] on your closet, and then you could say here’s a jacket or a pair of pants, and I’d like to adapt it to my style,” Oates says.

Fashion designers probably shouldn’t fret just yet, though. Oates and other point out that it may be a long time before a machine can invent a fashion trend. “People innovate in areas like music, fashion, and cinema,” he says. “What we haven’t seen is a genuinely new music or fashion style that was generated by a computer and really resonated with people.”

That may be so, but when it comes to fashion-forward algorithms, evidently Jeff Bezos likes what he sees.