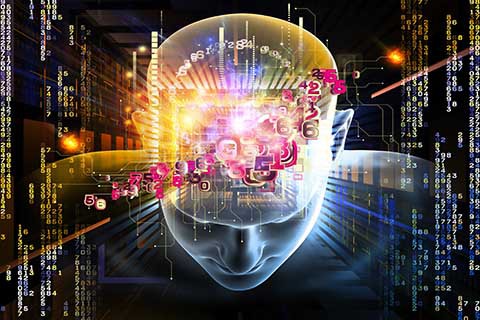 Artificial intelligence is a specialised branch of computer science, which constantly strives to build cognitive skills in machines, to make these intelligent enough to perform human-like tasks. It attempts to model and apply the intelligence of human mind with the simulation of intelligent behaviour in computers.

There are multiple versions for the definition of intelligence. Primarily, all human beings have a similar intellectual mechanism; the difference in level of intelligence amongst people arises from the prevailing conditions, which could be physical, biochemical, physiological, psychological or genetic in nature.  Computers possess the advantage of uniform behaviour, coupled with vast amounts of memory and speed. This advantage can be harnessed for reliable and precise problem solving. However, the ability of computers to respond in an intelligent manner is sometimes limited to the understanding of the subject by the software developers who have plugged the subject matter expertise into their programs.

Artificial intelligence is about the capacity to learn and solve problems. Inculcating artificial intelligence in machines enhances their capacity for logic, understanding, learning, and problem solving. It enables machines to exhibit reasoning, knowledge, planning, learning, communication, perception, and the ability to move and manipulate objects.

The history of AI started with Turing test, which checked the ability of a computer to achieve human level performance in cognitive tests, sufficient to fool a human interrogator.  Fundamentally, computers are better suited to carry out repeat instructions or computations in a very reliable and efficient manner. But, unlike humans, machines have trouble understanding specifics and adapting to new situations. AI moves computers from just performing monotonous tasks and computations to complex situation-based decision-making. Humans approach problem solving with an abstract thought, deliberate reasoning and pattern recognition. AI helps adopt these three behaviours to mimic human intelligence.

Today, AI is being applied in various fields, notably natural language processing, speech recognition, computer vision, image analysis, expert systems, robotics, machine learning and game theory. As an example, expert systems use a knowledge base of facts and Heuristics to assist experts for problem solving and decision making.  Most of us are conversant with AI being used in smartphone personal assistants (Siri or Google Now), face recognition and GPS. AI is being extensively used for research on self-driven cars and medical diagnostics. We have started using AI applications in our daily chores pertaining to home security, temperature control, banking, digital cameras and customised news feeds.

AI has gained prominence recently due to big data, or the increase in speed, size and variety of data that businesses are now collecting. AI can perform tasks such as identifying patterns in the data more efficiently than humans, enabling businesses to gain more insight out of their data and enhance the capability of informed decision-making.

I would quote Prof Stephan Hawking, “In short, the rise of powerful AI will be either the best, or the worst thing, ever to happen to humanity. We do not yet know which.”