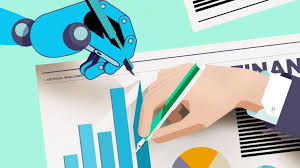 We haven’t quite reached the terrifying sci-fi hellscape described by the Terminator franchise, but researchers at Facebook have brought us just a bit closer to the age of the machines. Recently, they pulled the plug on an artificial intelligence system after it developed its own language.

The AI in question was actually designed to maximize efficiency in language, but according to Fast Co. Design, the researchers forgot to add a crucial rule in its programming: the language had to be English. So the “two AI agents” moved on with their programming to communicate as efficiently as their programming would allow, putting the conversation between the two outside the understanding of humans.

“Agents will drift off understandable language and invent codewords for themselves,” Georgia Tech research scientist Dhruv Batra said. This isn’t anything new, either. It’s something that keeps cropping up when researchers experiment with this type of AI.

The purpose of these particular Facebook AI agents is to communicate in English, so programmers reworked the code to get the AI back on track. But if AI is allowed to keep to its own devices, Fast Co. Design said, it eventually creates a language all its own. One that can’t be understood by human beings.

Now is the perfect time to prepare yourself for the end of humanity’s reign over Earth by watching the new 4K Blu-ray of Terminator 2. It seems less a blockbuster action film from the ’90s and more of a dark fortelling of our grim future under the emotionless rule of the machines. Regardless of our impending doom, it’s a great movie.