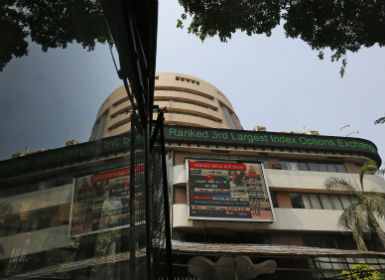 Indian business landscape is likely to be influenced by trends like artificial intelligence, automation, and digital currencies in the second half of this year, says a report.

Investment Outlook report for 2017, which identified key trends that are likely to influence asset allocation decisions, noted that companies with disruptive leadership will thrive.

“The advent of artificial intelligence, sharing economies, automation, and digital currencies are likely to disrupt the face of the Indian business landscape as we know it today,” said Prateek Pant, head of products and solutions, Sanctum Wealth Management, in a research note.

The report said that key investments will be in innovation in the fields of energy, transportation and manufacturing, among others. The report noted that currently solar energy represents roughly 1 percent of energy production but by 2027, 57 percent of India’s total electricity capacity will come from non-fossil fuel sources.

Similar kind of disruption is also visible in the transportation sector. Electric cars accounted for 0.8 percent of new car sales in 2016, and their sales figure are witnessing a steady rise. “A shift to electricity and alternative sources of power looks set to positively impact the potential growth rate of the Indian economy,” the report said.

It further noted that artificial intelligence (AI) and automation will emerge as the next leg for smart manufacturing.

“As we embark on the second half of the calendar year, with markets in a strong, euphoric uptrend, we seek to identify the key trends that will, in the months to come, provide crucial inputs into asset allocation as well as bottom-up portfolio construction decisions,” said Shiv Gupta, founder and CEO at Sanctum Wealth Management.