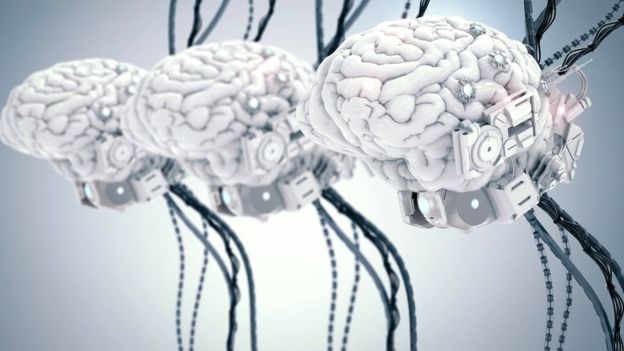 If my email inbox is anything to go by, a technology revolution is under way that is going to transform all of our lives very soon and it is called artificial intelligence.

I could pop over to California to hear about “AI wearable solutions for aging population”.

And Lloyd’s of London has unveiled its first artificial intelligence deal. It promises that “in a decade a significant part of the insurance industry will be powered by AI.”

These represent just three of the innumerable AI press releases aimed at me and other technology journalists over recent days.

Last week also saw the London premiere of AlphaGo, an excellent and surprisingly touching documentary about one of the great recent triumphs of artificial intelligence, Google DeepMind’s victory over the champion Go player Lee Sedol.

And then, over the weekend, as if to confirm this is a subject that should occupy politicians and policymakers as well as journalists, a major report on what the UK should be doing to nurture AI was published.

It was commissioned by the government and authored by two distinguished computer scientists, Prof Dame Wendy Hall and Dr Jerome Pesenti.

They say the UK is already well placed as a centre of artificial intelligence, and the government should act to cement its position.

All of these ideas seem eminently sensible and uncontroversial. But they are also predicated on a belief that this is urgent – that we are making very rapid progress, not just in developing artificial intelligence but in applying it in areas that will transform the economy.

It certainly appears to be the case that rapid advances in processing power, coupled with access to vast amounts of data and smart new algorithms are helping computers carry out all sorts of tasks once restricted to humans. But so far the impact on everything from jobs to the way industries such as healthcare and transport work appears minimal.

So, is there a danger that AI is being overhyped?

Let’s dissect a few of the bold statements in that government AI report:

“We are at the threshold of an era when much of our productivity and prosperity will be derived from the systems and machines we create.”

Well, it has always been the case that the machines we create – from the wheel, to the spinning jenny, to the dishwasher – drive increases in productivity and prosperity.

Are we clear that the AI revolution will deliver the kind of boost to living standards we saw in the 1950s and 1960s as mass production and the use of consumer goods took off?

“We are accustomed now to technology developing fast, but that pace will increase and AI will drive much of that acceleration.”

First, you can question how fast technology has developed in recent years. Yes, we have computers that can differentiate between a cat and a dog and understand any language, but our physical infrastructure is not being rapidly transformed.

Indeed, when it comes to air travel or building new railways, you could argue that we are going backwards. Software is racing ahead, hardware not so much – just watch robots trying to play football if you are worried about them threatening to replace us.

So saying that the pace of change will increase, driven by AI, may be little more than a leap of faith.

GVA – gross value added – is close to gross domestic product (GDP), the headline measure of a country’s economic activity, including all the services and goods produced in a year.

Suggesting that its trend growth rate could rise to 3.9% – more than during boom decades the 1950s and 1960s – is, in the words of an economist of my acquaintance, “staggering”. All the more so when you look at the UK’s recent record, which has seen productivity growth flat-lining.

Now, big advances in technology can take time to show up in productivity growth – it took decades for factory owners to reorganise production around electric rather than steam power.

All of these advances are already technically possible – but you have to be quite an optimist to believe that the changes in our infrastructure, regulation and social attitudes needed to make them a reality will happen quickly.

They spoke of the UK’s potential as a centre of AI excellence, and the urgent need for government to start thinking about both the benefits and the risks of the technology.

Then, the committee heard from three journalists – including me. And their lordships seemed rather startled to find that, by contrast with the scientists, we were pretty sceptical about the speed of this revolution.

We were not convinced that driverless cars would be on our roads very soon, but that meant we were also more optimistic that the threat to jobs from the robots had been exaggerated.

One of the peers mentioned that quote about futurology – that we tend to overestimate the effect of a technology in the short run and underestimate it in the long run.

The scientists will no doubt be proved right about AI one day, but the cynical old journalist in me thinks we can afford to relax for a while yet.