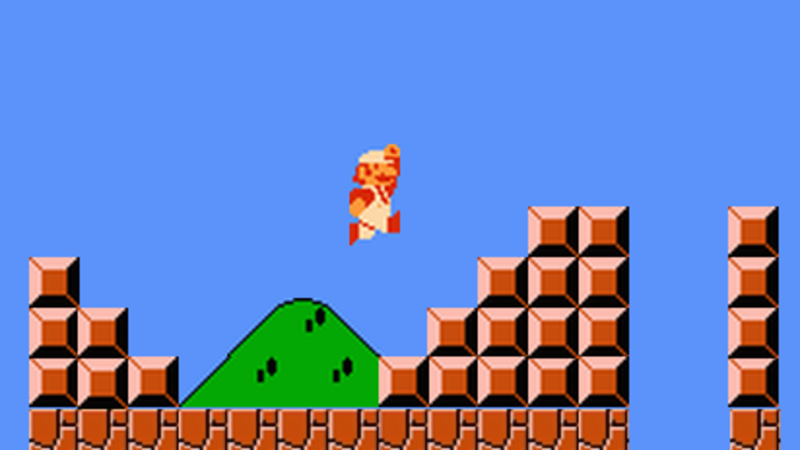 Researchers at Georgia Institute of Technology are developing an AI that can recreate a game engine simply by watching gameplay.

This technology, as detailed in a press release, is being created in an effort to aid video game developers to “speed up game development and experiment with different styles of play.” During their most recent experiments, the AI watched two minutes of Super Mario Bros.gameplay, and then built its own version of the game by studying and frames and predicting future events.

“To get their AI agent to create an accurate predictive model that could account for all the physics of a 2D platform-style game, the team trained the AI on a single ‘speedrunner’ video, where a player heads straight for the goal,” Georgia Institute’s communications officer Joshua Preston explained. This school of thought, he added, made the most difficult scenario possible for training the AI.

“Our AI creates the predictive model without ever accessing the game’s code, and makes significantly more accurate future event predictions than those of convolutional neural networks,” lead researcher Matthew Guzdial said in the release. “A single video won’t produce a perfect clone of the game engine, but by training the AI on just a few additional videos you get something that’s pretty close.”

Once the team had their model, there was only one test left: how did it play? A second AI system was then implemented to test the recreated level to ensure the player wouldn’t fall through a level – kind of like a QA tester, but instead a highly intricate AI system.

The researchers found “the AI playing with the cloned engine proved indistinguishable compared to an AI playing the original game engine.”

“To our knowledge this represents the first AI technique to learn a game engine and simulate a game world with gameplay footage,” associate professor of Interactive Computing and co-investigator on the project Mark Riedl said.

The researchers go on to stress that, as of right now, their AI systems work best when the majority of the action happens on screen. Games where action happens away from the player’s direct frame of sight might prove difficult for the system.

The nascent technology does raise the question of what sort of impact a more realized version of the AI could have on the game industry. Specifically, could it eliminate the need for certain jobs, like QA tester, in the game industry?

However, Georgia Tech’s Riedl says developers don’t need to fear their job security; this technology will be an aid in development, not a replacement. Riedl tells Glixel that this AI will help novice game developers create projects once out of their reach. Using this kind of AI would allow developers with no coding or design experience to show the AI how a game should work, which it would then replicate.

“Instead of putting people out of work, this will make it possible for people to create games that were otherwise unable to do so,” Riedl said. “That makes it possible for more people to create – increasing the size of the pie instead of supplanting individuals. Second, professionals may be able to build games faster by having the system make an initial guess about the mechanics. Working more efficiently doesn’t necessarily put people out of work, but does allow them to make bigger and better games in the time available.”

What about QA testers? Well, according to Riedl, they’ll still be necessary thanks to one feature they have over AI systems necessary for playing games: the human touch.

“[Video games] are made to be enjoyed by humans,” Riedl said. “Because of that you’re always going to need humans to actually test the games. AI might help to test things we simply can’t test currently but can be formalized mathematically, like game balance … but one will need to use humans to see if other humans will enjoy the game for the foreseeable future.”