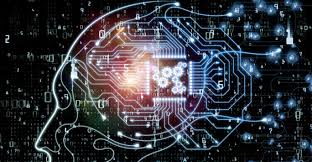 The wealth gap between the rich and the poor in Kenya is likely to widen further as companies adopt Artificial Intelligence, a new report shows.

AI, as it is commonly known, is technology that enables machines to act with higher levels of intelligence and emulate human capabilities to sense, comprehend, and act. The report titled ‘Artificial Intelligence for Africa: An Opportunity for Growth, Development and Democratisation’ lists concentration of power and exploitation as one of the challenges posed by use of AI.

Released by Microsoft and Access Partnership, the report notes that the challenge will contribute to the accumulation of wealth in a few hands. Further, it considers the possibility of the wealthy being augmented using AI to provide them with an economic advantage.

“For a healthy AI ecosystem to exist, education systems need to adapt quickly, broadband coverage must expand rapidly, and ethical implications regarding the fair, secure and inclusive use of AI applications must be addressed through collaboration and engagement to ensure trust in AI.” Microsoft East Africa Country Manager Sebuh Haileleul said.

In an interview with the Star, Haileleul said failure to address the challenges posed by AI and take advantage of it will make Kenya and Africa lag behind in the AI race. Currently, Kenya has ranked among the Worlds top 10 countries that increased the ranks of the super-rich at the fastest pace according to the 2018 World Utra-Wealth Report.

Wealth X authors of the study reported that Kenya’s ultra-rich, defined as people worth Sh3 billion or more, grew by 11.7 per cent last year, ahead of India, Hong Kong and the United States.

Kenya created 180 new dollar millionaires in 2017, increasing the number of persons with net-worths of more than Sh500 million to 1,290. According to Knight Frank less than 10 out of the 1,290 dollar millionaires, had a net worth of over Sh50 billion, while 90 were worth Sh5 billion and above.

Findings from the AI study conclude that continuous accumulation of wealth in a few hands will lead to increased inequality and threatening political unrest.

In addition, it shows that technology can be used to gather and analyse the data individuals make available in a growing number of categories, concentrating an increasing amount of predictive power in the hands of a few companies.