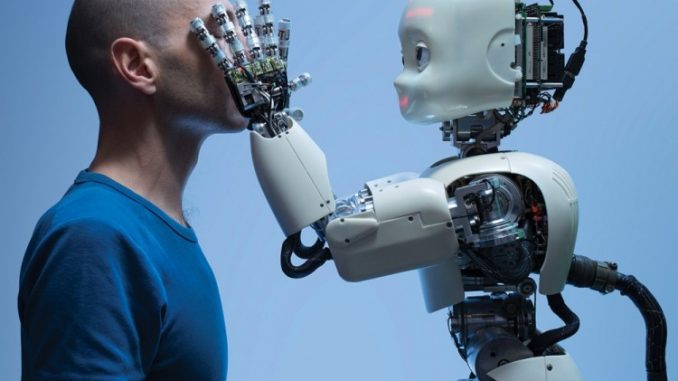 Human civilization has come a long way since the times of using Stone Age and Iron Age implements for hunting, agriculture, mobility and in general, for addressing all aspects of human existence . The basic urge to improve the quality of life by using tools is perhaps hardwired into the human brain as evidenced by many inventions across all the cultures of the world, including primitive societies of today. With the advent of industrial revolution in England in 17th century, machines came to be invented and the power of coal, and later electricity and other sources of energy came to be harnessed for purposes which were until then undertaken by manual or animal labour or even impossible to be done.

One basic characteristic of all human inventions which continue unabated till date has been that though they helped reduce the drudgery of humankind, they were designed to merely obey human commands and often perform repetitive jobs with immense power, precision, unerring accuracy and efficiencies bordering on the unfathomable . In other words, most machines were “dumb” and possessed no “native” intelligence that would enable them to learn, memorize and execute tasks of ambiguity like humans do.

With the exploding scientific, medical knowledge on human brain anatomy , neural networks, and the computational power being made available these days, it is now becoming possible to design machines that think like humans, are self-learning and will possess all the traits that a human brain encompass. But the more important thing is that these machines are embedded with machine learning statistical algorithms that enable the machines to improvise on their tasks by discovering new and better ways of execution, which humans may take more time and intuition to evolve. In the process they can almost completely eliminate the common errors prevalent in human transactions and improve the quality of the job execution manifold. Taken to its conclusion, a fully human like machine in thought, look and action can be a troubling philosophical proposition on what this constitutes to humanity’s own perception of itself, but it opens up exciting possibilities on many fields which hitherto required human intervention at different levels and hence prone for errors.

For example, humanoid robots (machines which resemble humans in look and behaviour) can be designed to undertake surgeries which need be done with precision that are not available to human hands and eyes. Similarly humanoid caretakers can assist with geriatric care in a rapidly aging population and even comfort the lonely and depressed by offering much more humane care and succour. Humanoid pilots can possibly fly airplanes without the rigor of training and wont sleep off on long duration flights and the future armed forces may likely be manned by humanoid “beings” who will carry out war operations on behalf of the country owning them. Mundane operations like banking are no exception and will be completely owned, operated 24*7*365 with little human involvement.