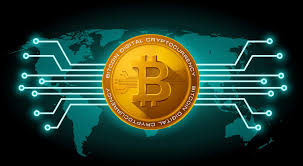 Whether it’s mistruths, misunderstandings, or plain ignorance, cryptocurrencies have a ton of value. Bitcoin is the most widely known cryptocurrency. Yet, people who are really involved in crypto’s are not just focused on Bitcoin. Instead, savvy investors are focused on other cryptocurrencies that are lesser known to the general public.

If you look at bitcoin, ethereum, and Ripple, for example, it’s really no different than looking at US dollars or the euro. Currencies like the euro and the US dollar, have the same two purposes as cryptocurrencies;  investors use them to speculate and conduct commerce. With millions of people trading foreign exchange, some speculate on the conversion between US dollars and euros using that conversion to profit. Taking their US dollars, speculators exchange them into euros and then exchange them back. Ultimately, these investors are looking to profit on the spread.

Cryptocurrencies are also useful for commerce. Everywhere, companies say “we take Visa, Mastercard, American Express and now bitcoin.” A recent example is OKCupid, who now accepts bitcoin to pay for your monthly membership. Cryptocurrencies are a real currency that can be used in any part of the world, regardless of what country it’s being used in for commerce purposes.

With all the myths dispelled, many thought cryptocurrencies had seen better days. Why did cryptos have a run-up at the end of 2017?  Why did they crash in 2018? What’s going to happen next?

Supply, demand, and perceived value are going to factor into the price of a particular object. That’s basic economics. Whether it’s a tangible object, a stock, or a currency, there are certain factors that will determine the pricing of something. Just because the value of something decreases, it doesn’t mean that it’s half as good as it was before. It just means that the perceived value is less than it was.

In fact, when something that is actually solid has a 50% retracement in pullback from its previous price, many people might look at that and say, “That’s a negative. It’s not worth what it was.” Other, more experienced  investors will look at that as, “This is a tremendous buying opportunity. It’s like going and buying something for 50% off!” Cryptocurrencies don’t just go up or down for no reason. They’re not insulated from everything in the world. Cryptocurrencies are just like any other currency, with numerous other factors will that also drive and impact them.

Our company pioneered a concept called “Global Intermarket Analysis” where we’re actually using artificial intelligence to analyze different market relationships and how one particular security, like bitcoin, can be impacted by other markets, or intermarkets. We started forecasting cryptocurrencies about a year ago and have adapted our artificial intelligence technology to analyze crypto markets. Our patented technology was able to decipher patterns in data no differently than we’ve been able to do in the stock and foreign currency markets. Our artificial intelligence was able to decipher hidden patterns in data that showed that if the US dollar is going up, that will have an impact on Bitcoin. If the price of gold is going down, that will have an impact on Bitcoin.

Currently, we’re analyzing how 30 other markets, some of them cryptocurrencies, can affect the price of bitcoin. The process is complex and something that a human being could not monitor at once. Our artificial intelligence technology primaries purpose is to mine data, using deep, machine learning, to find patterns in data that a human wouldn’t see, These patterns in that data can provide very valuable clues as to where the cryptocurrency markets are going.

Most recently, around July 13th, our predictive analytics with Vantage Point forecast that bitcoin was going to start going up. Within a week’s time, it jumped over $8,000. Now, if you were just looking at the price action of bitcoin on a chart, you wouldn’t have seen the coming boom. Bitcoin is impacted by other factors other than itself. Being able to identify inter-market factors can help investors better understand the price of cryptocurrencies and the complex pattern of data.

There are tremendous opportunities in the cryptocurrencies now and into the future. I’m very excited by where this will take us. In the meantime, there’s a tremendous opportunity for speculators, traders, and investors to profit from this if they have the right tools, the right information, and if they’re approaching it with the right perspective.