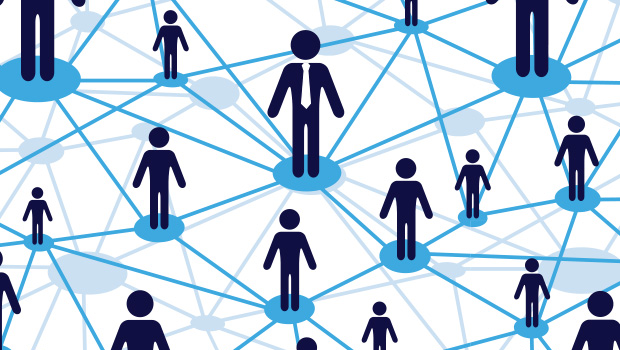 Blockchain technology will be as revolutionary as the internet, or maybe even the steam engine, predicts Andreas Freund, Ph.D., a senior manager for Tata Consulting Services’ blockchain advisory. It’s a bold claim. But in the first part of our two-part interview, Freund makes a strong case that blockchain technology will, at the very least, change our marketplaces and our enterprises in ways that are hard to imagine right now.

Blockchain protocols (best known for enabling cryptocurrencies such as bitcoin or ether) create a distributed ledger in which many nodes on a network each have a record of every transaction that has taken place. (See our recent story, Blockchain: 3 big implications for your company.)

“To really understand and appreciate the value blockchain can bring, you need to understand why it’s a paradigm shift,” Freund says. “You need to look at human beings. What defines us is our physical strength, our intelligence, and our trust relationships. The most fundamental shifts occur when these functions become automated and exponentiated.”

Why should the invention of blockchain protocols rank with these events? Because it does the same thing to trust relationships, Freund says. “What automates trust is decentralized consensus that’s economically incentivized,” he notes. “It’s the combination of game theory and cryptography. When we’re interacting through the blockchain, not only as human beings but as things as well, I can trust the transaction will be executed properly every single time. There’s no chance of tampering or censorship. From a human perspective, I can now trust you without trusting you.”

Right now, people who want to transact with strangers must use a trusted intermediary, as people do when they buy and sell items on the Amazon Marketplace, or buy and sell shares on an exchange, or, say, summon an Uber ride.

In the 1990s, anthropologist Robin Dunbar suggested that each of us can maintain stable relationships with only about 150 other people. “We need to delegate trust to others every single time we gather in groups larger than the Dunbar limit,” Freund says. “That’s why pyramidal hierarchies emerge. That’s why governments emerge.”

Does Freund think blockchain technology will replace governments? He doesn’t go that far, but he does believe it could render some long-standing institutions less necessary than they are today. “When you no longer need these arbiters of trust, we can get together and form a decentralized organization,” he says. “We don’t even need to incorporate as a company. We can simply offer a service and people will pay us.”

You can see how this approach might permeate every transaction we make, he adds. “I don’t need a bank account then. The responsibility of the individual will increase, and people want that.”

Accordingly, the finance and insurance industries have become early experimenters with blockchain. How are they using it? See this related blog post: The future of blockchain — how can financial institutions embrace it and win?

How enterprises can prepare

How can today’s enterprises prepare for tomorrow’s blockchain world? “There are new revenue opportunities that go beyond blockchain’s ability to reduce risk,” Freund says. On the other hand, “There is a significant danger of disruption, particularly for companies that function primarily as trust intermediaries.”

As blockchain becomes mainstream, he adds, “You need to have a mindset shift. That control that you need because you can’t trust anyone else – that needs to be let go. You’re trusting the protocol instead. That’s one of the key things we teach when we introduce corporations to blockchain.”

It’s more important to understand how blockchain will change many common practices than it is to understand the precise technology behind it, Freund notes. “In the end, how the technology works doesn’t matter,” he says. “TCP/IP enables the internet, although nobody really knows how it works. Without it, we’d still have the walled gardens of the AOL era.”

When it comes to blockchain, he says, “We are still in the AOL era. We have these walled gardens, with many companies experimenting and many public blockchains, but eventually there will be something equivalent to that moment when TCP/IP broke down those walls.”

Back then, most established businesses were caught unprepared. “That’s why so many companies were left behind by new companies built on the internet,” Freund notes. That same thing can happen again to those that aren’t ready to take advantage of blockchain, he says.