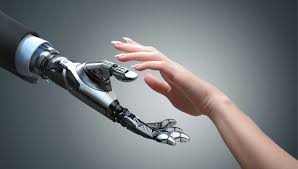 How far will artificial intelligence (AI) go in disrupting our creative spirits? Will AI ever be a source of innovation in itself? We know artificial intelligence will supplant many manual tasks and routine decision-making, and there are plenty of demonstration projects in which AI systems write stories, make music and create artwork. However, AI is not likely to replace the human creative spirit anytime soon. If anything, it could make us more creative. At least that’s what people in the creative fields say, with the belief that AI will help alleviate them from repetitive, manual tasks, and will ultimately boost their innovation.

That’s the key takeaway from a recent study released by Adobe, based on interviews with creative professionals working in design, illustration and imaging, motion graphics and UX/UI design.. “Creatives don’t fear being replaced by robots,” the report’s authors find. “Most do not fear that their jobs will be replaced by AI, although they do recognize that the ways they work and how they spend their time will change.”

While this may seem like starry-eyed idealism in the face of an advancing technological Borg, gobbling up and assimilating every professional and human pursuit in its path, there is a reason for long-term optimism. The successful entrepreneurs and innovators going forward in this era will be those who marshal AI and other technologies in new ways to bring new solutions to customers and markets. Likewise, for managers and professionals in these enterprises, it means new and enhanced ways of working.

More than 75% of creatives in the Adobe survey noted that their work has become more complex over the past few years, but more than two-thirds of creatives also feel that their creative possibilities have increased. “Creativity is human, and it is social. And, not to forget, creativity is based on vision, connection and empathy,” the study’s authors explain. “These are the factors that allow the creative to produce outstanding work: The capacity to give form to intuition-driven connection, combined with inspiration and creative vision is what sets human creativity apart. Not to forget a deeply ingrained willingness to disrupt and challenge the status quo … And these are also the core aspects that will thrive as AI and machine learning progress in the creative space.”

Not that AI and related technology solutions are a slam dunk. Overnight change doesn’t happen because technology is dropped into an organization — it takes visionary, forward thinking to start with. The solutions themselves can be clunky — the survey also finds. 72% said computers and software are very efficient for making creativity happen, but 74% said they spend over half of their time on repetitive, primarily uncreative tasks such as process management and solving technical issues.

Not all of AI advancement is good news. There are struggles ahead. The Adobe authors cite four areas where AI is impacting creative works:

Imitational AI-based art: “Efforts to produce output that mimics with varying degree of success existing styles of conventionally produced art are also developing rapidly. Sometimes technically very impressive, such as the AI-based “Rembrandt” that went on sale at Christies, this kind of visual reverse-engineering is in fact closer to sophisticated reproduction than to human creativity—yet highlights questions that can be disturbing about the essence of a work of art.”

Democratization of sophisticated visuals: “By applying techniques such as style transfer and other machine-learning-trained methods to generate visuals that would have been very time-consuming to produce even for a skilled professional, AI and machine learning are lowering the barrier of entry to an extent that may lead to the devaluation of skills and expertise of creatives.”

Assisting the creativity of professionals: “AI and machine learning can be used to liberate creatives of drudgery, complex execution and organizational tasks, to allow them to focus more of their time on their creativity.”