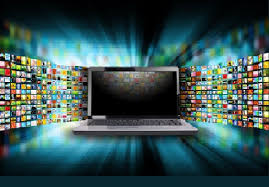 Video streaming has been popular for quite some time, but its growth seems to keep expanding. While it was initially popularized by platforms such as YouTube and then Facebook, today they are being joined by video-on-demand services such as Netflix, Amazon and Hulu.

Recently a study suggested that as much as 70% of all online traffic consists of streaming video and audio, and it is placing a heavy demand on internet bandwidths across the world. Although internet speeds and bandwidth have grown over the years, the demand for videos with higher resolutions and bitrates has grown as well.

To help optimize the usage of available bandwidth for streaming video, most streaming platforms use algorithms known as Adaptive Bitrate (ABR). Traditional ABR algorithms are either rate-based that vary the video quality based on connection speed, or buffer-based that attempt to constantly keep a certain percentage of the video pre-loaded as a buffer so that the stream is smooth.

For the most part ABR algorithms have helped to facilitate smooth and uninterrupted video streaming at acceptable quality levels, however as the demands placed upon them have increased they have struggled to keep pace. At the end of the day the numerous factors that can affect internet speeds and bandwidth create a chaotic environment that traditional ABR algorithms have difficulty predicting when pushed to the limits.

In order to cope with the current demands of online streaming, the next generation of ABR streaming algorithms aim to leverage Artificial Intelligence (AI) and deep learning. The basic idea is that ABR algorithms could benefit from developments on those fronts in order to ‘learn’ and improve over time.

Although there are several AI streaming algorithms in development, two of the most notable are MIT’s Pensieve and Netflix’s Dynamic Optimizer.

Essentially MIT’s Pensieve is designed to react in real-time to changing network conditions and assigns ‘rewards’ when a video loads smoothly and ‘penalties’ when it is interrupted. Based on that system it is able to learn how to load videos more effectively, and ultimately that can both improve video streaming as well as its quality.

On the other hand Netflix’s Dynamic Optimizer adopts a different approach where it analyses each frame of a video in real time and decides whether to compress scenes. Because it is able to identify the type of video content, it can optimize accordingly and provide higher bitrates to action sequences and lower bitrates when it isn’t required.

Although AI streaming algorithms are still in their infancy – the trend itself is clear: Through the use of deep learning we can expect to see more intelligent algorithms that can cope with the diverse landscape of network and internet bandwidth conditions. It is also seeing use in video recordertechnology, especially in areas such as camera tracking, video switching and frame composition.

In fact as the usage of AI enables more efficient video streaming, cloud data distribution and other optimizations – the efficiency of the internet in general is likely to improve.