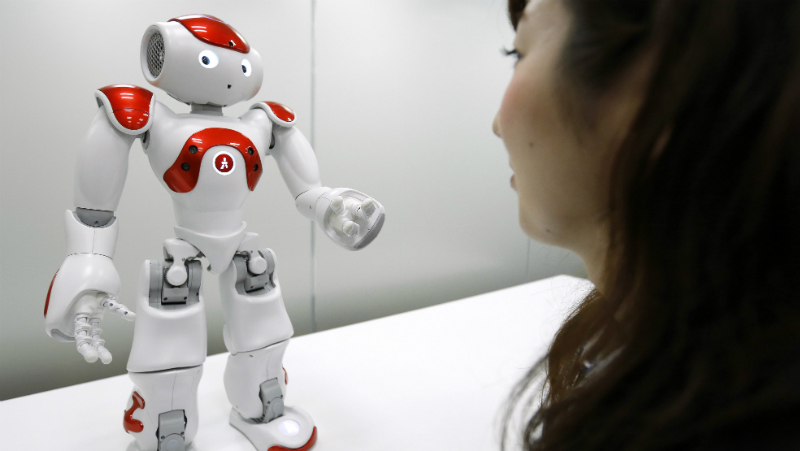 Deep learning, a popular form of machine learning, is being applied across across a number of the latest tech products and services. But for the most part, all that computing is still taking place in the cloud. San Francisco-based artificial intelligence startup Skymind is hoping to embed deep learning directly into robots.

The startup is releasing a new toolkit, SKIL Somatic, that will enable robots to recognize the visual world around it using a popular type of deep learning, called a convolutional neural networks. It combines this deep learning perception with a technique called reinforcement learning, where an AI trains itself to accomplish specific tasks through trial and error in simulated environment.

Skymind’s toolset is designed to work both in the cloud (where the computing-heavy AI training happens) and then the trained algorithms are deployed on the robots. Because Skymind develops open-source software, developers have already begun deploying the company’s deep learning tools onto robots like drones. Skymind has also partnered with Japanese tech giant SoftBank to bring some amount of intelligence to relatively dumb robots — warehouse robot Fetch and a humanoid robot called Pepper.

Skymind taught, for example, the Fetch robot to catch another robot using its toolkit. Using reinforcement learning, the robot’s objective was to close the distance with the moving robot. Training time took more than 10 hours on a normal desktop PC. The only sensory data the robot had to work with was a Lidar laser sensor. The target is accurately picked up 97% of the time and catches the robot in less than one minute on average, Skymind said.

SoftBank hopes to use robots in providing home care for Japan’s rapidly aging population, said Skymind CEO and cofounder Chris Nicholson. “The thing that will take care of Japanese as they age is robots,” Nicholson said. “Robots can grab pills or give a glass of water. That country, unless they switch to different policy on immigration, will have to fill the labor gap with robots. SoftBank is leading that.”

Skymind focuses on bringing deep learning to the enterprise world. The AI startup was founded in 2014 by computer scientist Adam Gibson and former journalist Chris Nicholson. It has developed its own open-source developer framework for deep learning called Deeplearning4j, which competes with other popular deep learning frameworks like Google’s TensorFlow. The company claims to have 3,600 open-source engineers working with Deeplearning4j as well as several paying customers. In the past, the company has focused on servers, where big clusters of processors can handle the dense computing historically required for deep learning. Skymind said its new tools for robots could be deployed on mobile Arm processors with an integrated graphics processors on board.