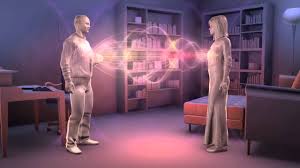 Brain’s dynamic properties, how it is wired and also how that wiring shifts in response to changing intellectual demands, are the best predictors of intelligence in the human brain, a study of the University of Illinois (UI) found.

“There are the pathways that encode prior knowledge and experience, which we call ‘crystallized intelligence.’ And there are adaptive reasoning and problem-solving skills that are quite flexible, called ‘fluid intelligence,'” said UI psychology professor Aron Barbey, who hosted the study.

“Rather than forming permanent connections, we are constantly updating our prior knowledge, and this involves forming new connections,” Barbey said. The more readily the brain forms and reforms its connectivity in response to changing needs, the better it works, he said.

Researchers have long known that flexibility is an important characteristic of human brain function. But only recently has the idea emerged that flexibility provides the basis for human intelligence.

“What my colleagues and I have come to realize is that general intelligence does not originate from a single brain region or network. Emerging neuroscience evidence instead suggests that intelligence reflects the ability to flexibly transition between network states,” he said.

The study has been published in the journal Trends in Cognitive Sciences.