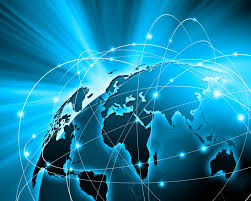 I’ve been researching the use of Artificial Intelligence (AI) in supply chain applications.  As I’ve written articles on this topic, vendors have reached out to me to explain what they are doing in this area.  Randy Rotchin, the CEO of 3CE Technologies, is one example.  3CE is a Montreal-based global trade management (GTM) software company. 3CE specializes in automating the processes of Harmonized System (HS) commodity classification and HS code verification.

The HS is a commodity description and coding system, which forms the basis upon which all goods are identified for customs, and is used by customs authorities worldwide.  Using the right HS code allows companies to pay the correct tariffs. And paying the right tariffs are necessary to avoid government fines, which in some cases can run into the millions of dollars, calculating the true landed cost of products, and identifying promising selling and sourcing opportunities abroad.  The problem, Mr. Rotchin pointed out, “is that there is an incredible gap between how products are described commercially by trade and how they are expressed in the national customs tariff schedules. ” This has resulted in error rates of 30%, according to several government sources. Worse, every country or trading bloc has its own taxonomy beyond the international 6-digit level.

Mr. Rotchin gave me several examples of the non-intuitiveness of HS codes.  What a regular person would describe as “baby food” in HS speak is known as a “homogenized composite food preparation;” a “hair blower” is an “electrothermic hair dressing apparatus;” before you can classify “rayon” you have to know whether this is an “artificial” or a “synthetic” fiber; and if you were classifying an automotive part, like a car alarm, you might think you would go to the section of the HS code focused on automobiles, but no – this is an electronic signaling device.

Traditionally, HS classification has been a manual exercise performed by highly-trained experts.  When a big importer loses one of their trade classification staff, they’ve lost domain knowledge that is difficult to replace. Smaller companies often rely on custom brokers to do this, but if the custom broker classifies an item incorrectly, it is the importer of record that is legally liable.

Many global trade management systems do come with a search engine, but these were not designed for the specific task of classifying products. A person types in the keyword, “electric toothbrush” for example, and in response they get an overwhelming number of potential answers.  Mr. Rotchin showed me one government HS search tool that responded with 222 potential code matches, none of which are correct. If you need a quick answer, that is a problem.

What 3CE has built is an expert system that uses AI to read and understand everyday commercial goods descriptions and reason its way through the classification process.  He demonstrated the tool. It is fair to say it is simple enough that an amateur, like me, could use this tool and classify any product reliably. But Mr. Rotchin was quick to add all big shippers should have experienced professional trade experts working for them. These very knowledgeable experts should not be spending their time on routine classifications which make up about 80 percent of all classification work. Instead, they should focus on the 20 percent of classifications that are more problematic.  The system allows shippers to describe products in their own words, checks to see if there is enough relevant detail to assign an HS code automatically, and if there is not, asks relevant questions until a single code is reached.

Yet 3CE’s system is robust enough that it was the only machine to take place in a World Customs Organization classification competition. It didn’t win, but it did achieve a score of 93 percent.  But in this business, that is success!  Government experts only averaged 77 percent accuracy. Experts from the private sector fared worse – averaging 68 percent.

If a shipper does get audited, the system provides an audit trail that shows how goods were classified with a logic tree that explains why the goods were classified that way. In many jurisdictions, this audit trail demonstrates “good faith” and means even if a declared good was misclassified, the company would be given credit for exercising diligence, and would likely avoid the most severe penalties (if they received any at all).   Many shippers, if audited, have no ability to explain why they classified goods as they did.

The 3CE solution is built using specialized domain knowledge and Artificial Intelligence technologies.  Those technologies include natural language processing and information retrieval. AI and machine learning in supply chain technology has become a hot topic in the last year.  But 3CE’s first commercial solution – which handled only the classification of apparel and textiles – was released in 2007. From there within five years their engine was capable of classifying any product covered by the HS – from cherry tomatoes to nuclear reactors.