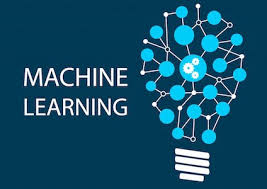 Manufacturing industries have shut-downs, both routine and sudden, when a large number of employees is involved in finishing a multitude of tasks. Each employee quite often works independently of the other and what they do is shared either in daily or weekly team meetings. But what if each one knew what the other was doing even without having to attend the meetings.

That is what Maximl Labs Pvt Ltd, a start-up being incubated at the Incubation Cell in IIT Madras, seeks to address with a cloud-based software product, SyncOps, short for synchronising operations.

Having studied the working of refineries and steel plants, the idea was to identify friction points, provide real-time actionable insights to all concerned, says Pankaj Pawan, 27, Founder and CEO, Maximl Labs.

A computer science graduate of IIT Kanpur, Pankaj worked in Goldman for four years, founded a travel start-up, which he quit after a while.

Maximl is his second start-up, where he teamed up with Samir Otiv, 24, a computer science graduate from IIT Madras and others. This is version 4.0 of Industry, says Pankaj, marked by increased digitisation of assets leading to smart factories, creating challenges in how humans interact with machines. Maximl Labs seeks to automate shut-downs in process industries using data science, machine learning and artificial intelligence.

Maximl Labs, says Samir, has created a technology using data science and it can tell the management what they need to do at what point of time. “This sort of AI-enabled decision-making process is what we have created in the product,” he adds.

The crux of what Maximl Labs is trying to do, says Pankaj, is about project management and how to build tech solutions for that. Companies, especially large organisations, have enormous amount of data, which is not transformed into knowledge. If a problem in one corner of a plant is fixed, how can the insight gained from that be used in some other part of the plant. “What we are trying to do is build machine learning and AI solutions to help do that,” says Pankaj.

Maximl Labs has done seven live field deployments in some of the biggest refineries and steel plants in the country. Though these are field trials, the company gets paid for the trials as these are in the nature of short-term contracts. A couple of them are looking to convert them into long-term contracts.

How does their product simplify operations? If you are a field engineer, says Pankaj, you have to send out a shift report at the end of the day, which was time-consuming. With their product, this can be updated at periodic intervals and the shift reports get automatically made. Technology is actually making people’s life simpler, he adds. Data still have to be entered, but this process gets distributed with their product and it is available in real time for every one, including field-level staff, who can view it on their smart phones through an app, and the management.

In traditional project management and tracking, companies would designate one person to just update all the data. This person would have to ask many others for their reports and then key in the report. Now, with SyncOps this process gets distributed and simplified. “We have reduced the man-hours on the time people spend on things they really should not have spent it on,” says Pankaj. Maximl Labs has digitised and automated that process.

Both Pankaj and Samir say that there is a huge global potential for their product and they have had enquiries from global refineries. They plan to increase their 12-member team to around 35 in the next year or so, to begin full-scale commercial deployment in India and sell to clients abroad.

Being at IITM’s Incubation Cell has been a big help for them, says Samir, as there are a large number of start-ups at the cell, many of them into core engineering and manufacturing.

The support of mentors assigned to the start-ups is another big positive. Rajan Srikanth, an IITM alumnus and an active mentor at IITM’s Incubation Cell, who is also co-President, Keiretsu Forum, Chennai and Singapore, is the mentor assigned to them.

Both Pankaj and Samir say Srikanth brings in objectivity into their decision-making.

“He has the ability to question assumptions that we have already made,” says Samir, while Pankaj adds that he helps them focus on the most important things in front of them.