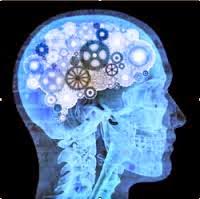 The man walking toward me on the street looks like Bob, a friend of mine. As he continues to walk toward me, I decide he is Bob, my friend. I say “Hi, Bob” and he returns his greeting the same way “Hey, Sam. How are you doing?”

This conversation exchange is repeated millions of times every day all over the world in English, German, French, Italian and so on. Now let us change the situation a bit.

You see a man walking toward you on the street. He reminds you of someone from long ago. Such as a high school classmate, who belonged to the football team? Wasn’t a great player but you were fond of him then. You don’t recall him attending fifth, 10th and 20th reunions. He must have moved away and established his life there and cut off his ties to his friends here. You look at his face and you really can’t tell if it’s Bob for sure. You had forgotten many of his key features and this man seems to have gained some weight. The distance between the two of you is quickly closing and your mind is running at full speed trying to decide if it is Bob. At this moment, you have a few choices. A decision tree will emerge and you will need to choose one of the available options.

Decide he is Bob.

You are not sure if he is Bob, so:

B1) Stop him and ask if he is indeed Bob.

C) Let’s go home and search Bob through the internet then try to get hold of him later.

D) Let’s just drop the whole idea and do nothing. It isn’t that important.

Now, I recommend you put this logic decision tree into a “hand-drawn” graphic. By saying hand-drawn graphic, I mean literally hand-drawn by your own hand. Do not try to use any computer graphic software. If you already are semi-expert in using some software, use it to draw. But, the fastest path to understanding such things as logic decision a tree is to do it by hand. It looks messy? That’s fine. Yes, of course, if you use a computer graphic software, the finish is neat and presentable. But, the amount of time you spend drawing the diagram, which you don’t do every day as part of your work, is rather wasteful. And, please keep in mind, understanding something basic has little to do with neat drawing.

In my long career as an inventor, I have never seen any productive inventor, whose desk was always neat and orderly. Like, a neat desk means messy mind. I am sure the reverse isn’t true either. A disorganized desk doesn’t mean the man is an excellent inventor. Please remember the task at hand is to understand the Artificial Intelligence, or AI, concept as fast and as fundamentally as possible. In that process if you draw a neat diagram, that’s fine, but not necessary.

So, Figure 1 is my messy diagram using my own hand and not a software. I am sure the diagram needs to be more complex. Please add your own set of decisions to the diagram. Since you haven’t seen him for 20 years since high school, there must be many changes of his looks. Suppose Bob has grown beard. Your feeling this might be Bob may decline in certainty as you and Bob approach.

In the logic diagram I show, there are some question that is influenced by the emotion. B2) “Nah, let’s forget it” and C) and D) are results of emotional decisions and have little to do with fact this may be Bob or not.

The human decision-making process is often influenced by emotion, which is often independent of fact. You decision to drop the idea of meeting Bob after so many years is caused by shyness, laziness and/or avoiding some embarrassment in case this man is not Bob. The more you think about this decision-making process, less sure you’d become. After all, if you and Bob hadn’t spoken for 20 years, maybe we should leave the whole thing alone.

Thus, this is clearly the result of human intelligence working. If this were artificial intelligence, chances are decisions B2, C and D wouldn’t happen. Machines today at their infantile stage of development do not know such emotional feeling as “too much trouble,” hesitation due to fear of failing (Bob says he isn’t Bob), or laziness and or “too complicated.” In some distant time, these complex feelings and deeds driven by the emotion would be realized, I hope. But, not now.