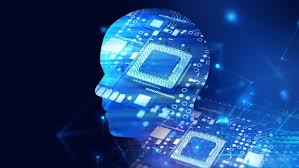 Over the last few years, artificial intelligence has helped push the envelope in terms of technological advancements in the financial industry. For example, consumers can use facial recognition to log in to financial apps and use voice commands to check their balances. This year, artificial intelligence is set to disrupt the industry even further.

Dr. Jason Mars, a computer science professor at the University of Michigan and the CEO of Clinc, has first-hand knowledge of how artificial intelligence will evolve in 2018. Using deep neural networks, Clinc has developed a conversational AI platform for financial institutions that is like a more advanced “Siri for your bank account” or a “Google Now for your finances,” but it supports the same natural language flow that you would have with a personal banker. Clinc recently reported $4.5 million in 2017 revenues and hired Helen Yu as chief growth officer, overseeing sales, marketing and customer success teams.

“When we launched our conversational AI platform at a financial conference in 2016, USAA’s Darrius Jones came up to me and asked for a demo. He was struck by our premium capabilities and competencies, completely different than other vendors in the market. But he wanted to do his homework, to be hands-on, and to fully test our solution. He didn’t want a sales pitch,” said Dr. Mars in the interview. “We initiated a pilot on USAA’s Alexa Skill and the overwhelming success proved to Darrius and USAA that Clinc delivers on the promise of conversational AI. The next question wasn’t if we would partner, but how quickly we could get it done!”

So financial institutions must repeatedly test artificial intelligence platforms rather than merely looking at slides or sales pitches. “You have to create experiences that actually deliver on a promise. You’re competing with the best that Google and Amazon have to offer. Which, by the way, is not what they are giving you to build your own skills,” added Mars. “The stuff that Google uses to build its in-house skills is much better. They give developers API.AI, which is from an acquisition and is inferior technology compared to what Google is using in-house. In order to build a great experience on Alexa or Google Home, you can’t depend on the platforms that are offered as APIs. This is a huge misconception in the community.”

Mars believes that that the ability for artificial intelligence to handle voice-first is important as that is how humans interact with each other. Humans have evolved to interact with everything that is considered intelligent with voice. To learn something from an expert, the best thing to do is talk with that expert. And humans are anthropologically designed to interact via voice and via language cues.

What does the future of AI in banking hold? “We are going to continue to see more technology experts innovating in the banking space. It’s becoming clear that the traditional DNA of the kind of companies that do fintech is going to migrate to be the same kind of companies that create the Googles and Facebooks of the world,” Mars explained. “You’re going to get those deep computer science minds applying their talent to the financial space. You’re going to see tons more innovation and advancement.”

Mars also said that Clinc will continue evolving its product. “We’re going to be able to interact with our own personal finances where we just get insights. We’re going to ask questions like, what am I doing in terms of my Amazon spending, and how’s it changing? What should I do next month? We’re going to be able to ask those high level, valuable questions and get the answers using AI applied to the data. That’s what I’m excited about and that’s what’s coming in the next five years,” Mars concluded.