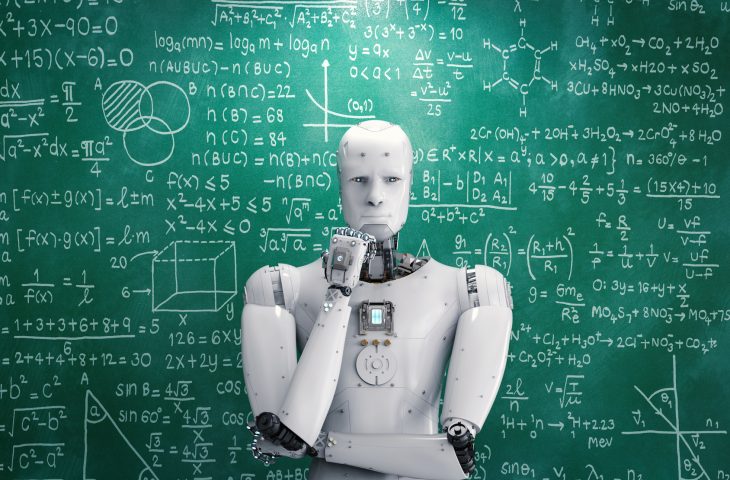 Artificial intelligence is one of the most compelling areas of computer science research. AI technologieshave gone through periods of innovation and growth but never has AI research and development seemed as promising as it does now. This is due in part to amazing developments in machine learning, deep learning, and neural networks.

Machine learning, a cutting-edge branch of artificial intelligence, is propelling the AI field further than ever before. While AI assistants like Siri, Cortana, and Bixby are useful, if not amusing, applications of AI, they lack the ability to learn, self-correct, and self-improve.

They are unable to operate outside of their code, learn independently, and apply past experiences to new problems. Machine learning is changing that. Machines are able to grow outside their original code which allows them to mimic the cognitive processes of the human mind.

Why is machine learning important for AI? As you have most likely already gathered, machine learning is the branch of AI dedicated to endowing machines with the ability to learn. While there are programs that help sort your email, provide you with personalized recommendations based on your online shopping behavior, and make playlists based on the music you like, these programs lack the ability to truly think for themselves.

A machine with artificial general intelligence would be no different from a human, who is aware of his or her surroundings and uses that awareness to arrive at solutions to problems occurring within those surroundings.

Artificial intelligence on the go

Surpassing Go players was previously thought to be impossible given that each move in the ancient has almost infinite permutations.

Decisions in Go are so intricate and complex that it was thought that the game required human intuition. As it so happens, the game does not require human intuition, it only requires general-purpose learning algorithms.

How were these general-purpose learning algorithms crafted? The AlphaGo program was created DeepMind Technologies, an AI company acquired by Google in 2014, that managed to create a neural network as well as a model that allowed for machines to mimic short-term memory utilizing researchers as well as C++, Lua, and Python developers.

The neural network and the short-term memory model are applications of deep learning, a cutting-edge branch of machine learning.

Deep learning allows for machines to learn in a more general way. So, instead of simply mimicking cognitive functioning in a predefined task, machines are endowed with what can be thought of as a sort of artificial brain. This artificial brain is called an artificial neural network, or neural net for short.

There are several neural net models in use today, and all use mathematics to copy the structure of the human brain. Neural nets are divided into layers, and consist of thousands, sometimes millions, of interconnected processing nodes.

Connections between nodes are given a weight. If the weight is over a predefined threshold, then the node’s data is sent through the next layer. These nodes act as artificial neurons, sharing clusters of data and storing experience and knowledge based on that data, and firing off new bits of information. These nodes interact dynamically and change thresholds and weights as they learn from experience.

Machine learning and deep learning are exciting and alarming areas of research within AI. Endowing machines with the ability to learn certain tasks could be extremely useful, could increase productivity, and help expedite all sorts of activities, from search algorithms to data mining.

Deep learning provides even more opportunities for AI’s growth. As researchers delve deeper into deep learning, we could see machines that understand the mechanics behind learning itself, rather than simply mimicking intellectual tasks.

Machine learning is an important aspect of a growing number of technologies and applications. As we get closer to a deeper intelligence, we may see more integration of truly powerful AI systems.