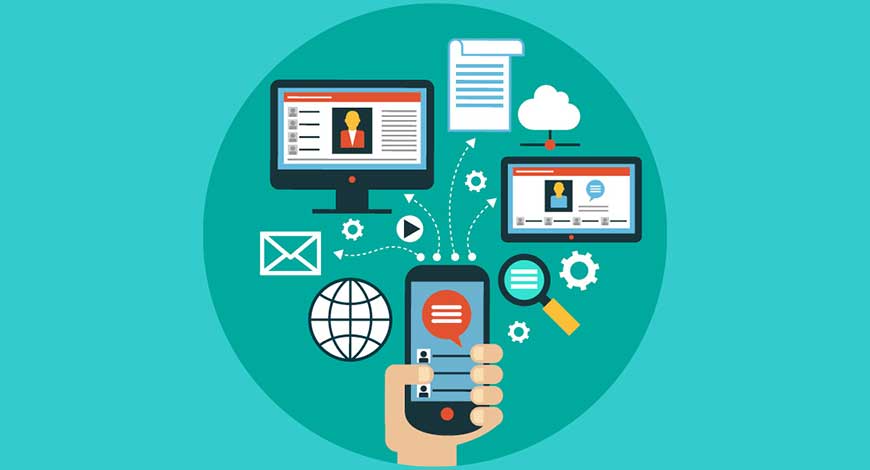 What on earth is machine learning?

Machine Learning (ML) is a relatively new field and has been talked about quite a bit in the technology sphere. It’s one of the most important advancements since the invention of computers. While computers were these ubiquitous machines that could do a whole lot of things, they essentially sped up the process of executing tasks and could do so tirelessly, repeatedly and accurately. The only drawback if there was one, was that they needed to be “taught” how to execute these tasks through a set of instructions called programs or applications. So if one wanted to speed up banking processes, it needed an application to be developed for it, if one wanted a faster pace of human resource functions in a company, another application would need to be developed, and so on.

Another drawback was that these applications were designed with the idea that humans would make the decisions unless it was based on logic alone. This is where most systems became flawed. Humans are notoriously incapable of consistency, unable to prevent emotions from influencing their decisions and absolutely cannot keep pace with machines.

With ML, there is no more the need to programme a computer to understand a specific process. If an ML “engine” is simply exposed to a certain process, it can “learn” by itself using statistical models and predict outcomes based on its observations. Not only can it do something really quickly and relentlessly, it can even make better decisions than humans. This has deep implications on the way our society functions and gives birth to new possibilities.

Imagine an ML engine being implemented in the field of insurance. It has the potential to predict the outcome of a certain policy with great accuracy. This will reduce the premiums for every subscriber as there will be no need to set aside huge amounts in the event of errors in estimating the likelihood of a subscriber making a claim. It can even be employed to create customised policies for every person depending on their specific profiles, needs, environmental conditions or even their social media pages and fitness tracker data!

You may have already heard of self-driving cars that are safer than any human driver and ML engines reading medical images such as X-rays and CAT scans more accurately than most doctors trained in the fields — these are additional areas where ML engines are creating massive impact not only on the profitability of businesses, but also on the quality of life for people.

The ubiquity and pervasiveness of ML can further be understood from the fact that patents for this technology were the third-fastest growing category of all patents with a growth rate of 34% between 2013 and 2017. A Deloitte Global report predicts that the number of ML pilots and implementations doubled in 2018 over 2017 and will double again by 2020. International Data Corporation (IDC) forecasts spending on AI and ML to grow from $12 billion in 2017 to $57.6 billion by 2021.

What can UX do to help?

With machines doing the heavy lifting, the relationship between humans and machines is changing and from my vantage point as a UX designer, I wondered what role we would play in defining the evolving human-machine interface. In the distant future, we will undoubtedly work with artificial intelligence systems using voice and brain-wave based interfaces. But in the near future, there are interesting opportunities because the role of the user of an application changes to that of a trainer. The role of UX designers, consequently, will be to design applications in such ways as to make this training more efficient.

ML engines are based on statistics, which means that their accuracy is entirely dependent on the quantity of background data they can use for the “observations”. Some systems that have been around for a long time have large quantities of such background data. Others that have been implemented recently don’t have the amount of data that may allow the ML engines to make accurate determinations of outcomes. In such cases, we need to generate the data that the ML engines can use to learn to predict outcomes.

There are several interesting ways of doing this and it’s probably best illustrated with an example. Imagine a bank which provides several types of loans such as personal, automobile or business loans to its customers. Each loan application first needs to be verified for completeness, accuracy of information provided, eligibility of the applicant based on the loan type, size and collateral and a thorough examination of supporting documents.

The application verifier probably clicks the “Approve” button once s/he sees the details that have been provided by the customer and cross-references that against the type and size of loan at which point, it goes over to the next person in the process. If we imagine this person as a trainer instead, they could first indicate their confidence level (on a scale of 1 to 10) in the accuracy of the information they have verified — one for completeness, one for accuracy of information and one for sufficiency of collaterals provided for the loan. So instead of one “Approve” button as a data point, the system now gets three and that too on a scale of 1 to 10 which is more than a 300% increase in the quality of data provided to the ML engine. This means that the ML engine will be as capable of predicting the outcome of this step with 300% less data than a system that is designed to have only one “Approve” button.

Just like there are some people who are better teachers in real life, there will be better trainers for ML engines as well who will provide more accurate data. But the ML engine will be able to normalise this data if we provide feedback mechanisms at the end of the process and show it which approvals resulted in loans that were paid back successfully and which weren’t. So designing that kind of a feedback mechanism at the end will be important.

There are many other aspects of design that can be applied to make all this better, but the core principle is the same — that software systems of the future should imagine the user as a trainer and design all interactions based on that idea. Doing so will make ML-based systems much more effective and accurate much earlier than when this principle is not considered.

When should I engage UX designers for my business?

A prospective client approached us to design a financial marketplace based on processes that occur in the real world. We identified the complexities that would prove to be challenges for the smooth functioning of the marketplace. First, by going online, the lead generation funnel would just become wider. Since these leads would then need to be handled by agents of the company, that point would undoubtedly become a bottleneck, affecting performance. Secondly, approvals were required at every stage of the process, thus needing human intervention at each stage. This would be the second point where the speed would be reduced.

So when should you engage a UX designer? As early as possible, so you can not only save costs, but also increase your revenues?