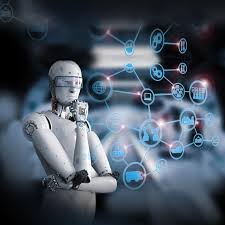 According to Huawei, smart cities solutions are now in their fourth stage thanks to the addition of greater AI capabilities.

“A smart city development race driven by the growing global digital economy is taking place around the world,” Huawei said.

“Smart city adoption has undergone the first stage of breaking down data silos; the second stage of the rise of mobile internet applications; and the third stage of IoT deployment for a collection of mass volumes of city data.

“It is now at the fourth stage, where cities are improving their management capabilities through AI-enabled data mining, achieving the integration of digital technologies and city governance to promote sustainable city development.”

Huawei said its smart cities solution has now been deployed across more than 160 cities in 40 nations, including in Duisburg, Germany; Rustenburg, South Africa; and Tianjin’s Binhai New Area.

Huawei last month unveiled its AI strategy and portfolio, including a series of chips, cloud services, and products.

The company’s Ascend AI chip series includes the Ascend 910 and Ascend 310, with the company also unveiling the Compute Architecture for Neural Networks (CANN), a chip operators library and automated operators development toolkit, and MindSpore, a device, edge, and cloud training and inference framework.

The centre is Huawei’s “city brain” Intelligent Operations Centre, which aggregates and processes data collected from the government, businesses, and citizens through IoT applications and internet access.

The four AI platforms are then Resident Voices, which has voice recognition for all citizens of Tianjin; Sensing the City, which uses image recognition across people, places, vehicles, and things “for the purpose of fostering harmony for all”; Resident Care, which involves deep learning and correlation for personalised services for citizens; and Enterprise Services, which ensures services availability match their need by applying “multi-dimensional and correlation analysis to clarify the internal relationships of industries in the TEDA district”.

Huawei head of Consumer Software Engineering and director of Intelligence Engineering Felix Zhang had last year said the addition of AI capabilities to smartphones will bring the next shift in technology.

Huawei had unveiled its Kirin 970 chipset with built-in AI in September 2017, at the time calling it the “future of smartphones”. Its mobile AI is made up of a combination of on-device AI and cloud AI.

Huawei had in May also announced the launch of its eLTE Multimedia Critical Communications System (eLTE MCCS), which it said provides “ultra-reliable” communications solutions for public safety organisations.

According to Huawei, the narrowband networks traditionally used for public safety are limited to providing access to basic voice services. The eLTE MCCS service uses a mobile service convergence platform to interconnect such networks with video surveillance and GIS.