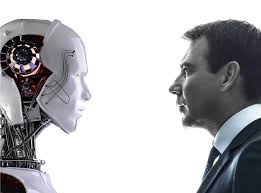 When I look at Hurricane Harvey, I am amazed at how all the people who are involved should be congratulated.  The first responders, military, hospital workers, power company workers, people who keep stores and gas stations open, maintenance workers, truck drivers, neighbors helping neighbors, and government workers have all responded wonderfully.  Churches, Red Cross, Salvation Army, animal shelters, and all other charities have chipped in greatly.  Corporations are sending massive amounts of supplies, and people from around the U.S. – and, my guess, around the world – are giving huge amounts of money and goods to help the people of Texas and Louisiana recover from this huge natural disaster.  All the people involved should be congratulated for their great deeds, and any looters should be harshly punished.

Then I think of things touted as the future in the U.S., artificial intelligence, robotics, and driverless cars, and how useless those things would have been during this disaster.  Can anyone imagine driverless cars and semis trying to navigate and adapt to the roads and changing conditions?  Would robots have rescued the people and animals and provided the needed supplies.  Could artificial intelligence have worked with all the logistics and changing needs and conditions, or was human intelligence much more valuable?  All electric cars are pretty useless in getting people out of harm’s way if the power supply isn’t working.

Humans have the intelligence to handle a situation like Hurricane Harvey.  Humans also have the ability to create artificial intelligence, robots, and driverless cars, but their functions are limited as compared to the humans itself who are not replaceable.

God bless all who have been impacted by Hurricane Harvey and understand that it is humans who have the compassion and brains to work through this with the help of man-made machines.