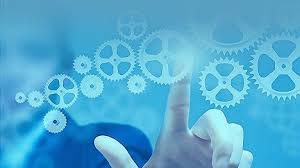 The company began its showcase of products at IBC 2017 with CEO Charlie Vogt assuring that contrary to some recent speculation the company was not the subject of acquisition. On the contrary, he said the firm’s investors had a golden opportunity to double down and take advantage of Imagine as began to ramp up revenue generation in an industry that has its challenges. “What has made it challenging for companies like us is how the technology that is needed to deliver TV services has changed so rapidly,” he said. “We don’t want to see out traditional customers’ revenues decline by what the Internet has done to transition this industry. Our goal is make sure that our customers are relevant. This means customers they have to think differently about their own business plans.”

While he expected to see more corporate consolidation the industry, Vogt scotched rumours generated from some sources claiming that Imagine was up for sale or would engage in speculative M&A activity with other key industry players recently reporting diminishing sales. He pointed out that the company was four years into its investment cycle and that as business was increasing, Imagine would ‘refocus’ its products and “get ahead of where the industry needs to be,” leading to gain advantage on would-be rivals This he said presented an opportunity for the company’s investors to double-down on their stakes. Early adopters get rewarded,” he said.

“It’s going to get harder for technology suppliers during consolidation as the industry goes towards software-only. It’s hard for Imagine to make acquisitions in companies which don’t share the vision towards a software roadmap. It’s going to be hard to be hard for small companies to survive and [it will] be hard to innovate when top line revenues decline.”

Vogt stressed that the future for the industry would be in ubiquitous hybrid networks with micro- service architectures being one of the main deployment technologies. He added that Imagine was one of the very few technology suppliers currently with a true micro-services architecture.

Part of this portfolio is Versio Platform, designed to enable media companies to optimise their playout and related operations to meet finely tuned operational and business objectives. It provides content producers and distributors with a menu of integrated functional building blocks for constructing a modernised playout facility that can be customised to operational requirements and upgraded in lockstep with market demand.

Unlike a number of other playout solutions that Imagine said were still largely optimised for purpose-built hardware running in premises-based environments, Versio Platform is said to mark a major milestone in the company’s modernisation of playout operations and represents the industry’s first cloud-native, micro-services–based and modular playout solution designed from the ground-up for pure-IP, geo-dispersed environments using commercial-off-the-shelf (COTS) hardware.

Versio Platform segments functionality into discrete building blocks that can be integrated to support precise workflows. The modules can also be implemented into multivendor environments. Imagine believes that the modular approach to playout operations provides customers with the ability to reach new levels of customisation and achieve the optimal balance between required resources and productivity demands.