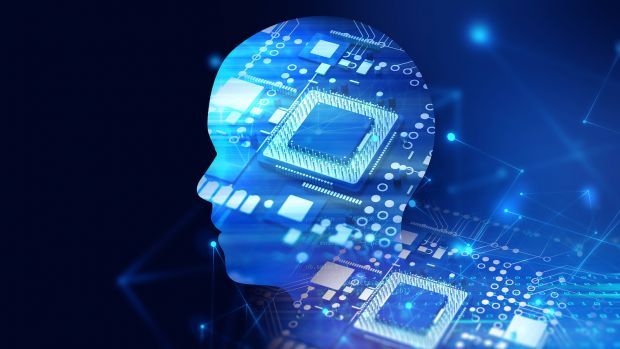 Technology revolutions come and go, and artificial intelligence is the next big innovation making its impact on the world. Generally, this term refers to machines and software capable of imitating human behavior. Often, AI programs can perform cognitive functions you’d expect a human mind to possess.

Examples include learning, problem-solving, perception, planning and natural language processing. Although artificial intelligence is still evolving and in the early stages, it’s starting to make its presence felt in a wide range of areas. AI systems are already competing in strategic games like chess, interpreting complex datasets and powering autonomous cars.

Artificial intelligence is hugely transformative, but that’s not to say everyone sees it in a positive light. There are many people and companies that believe AI is a danger to humanity and society. One of the biggest questions here is: “Will AI replace humans?”

In April, Kai-Fu Lee, founder of leading venture capital firm Sinovation, told CNBC AI will kill 50% of jobs within the next decade.

Research from Infosys, meanwhile, showed that 90% of organisations believe employees have concerns about the adoption of AI. The same company found 53% of businesses believe ethical concerns will stop AI from being as effective as it can be.

There are also questions around privacy. How do we know that AI systems aren’t tracking us and that companies are using this data inappropriately? Can we ever be sure AI is truly safe?

Specialist software design and engineering company Aricenis one of the pioneers of commercial in the world of artificial intelligence, having provided AI and machine learning expertise to the likes of IBM, Microsoft and Amazon. As you would expect, the CTO of the company, Walid Negm, is a huge believer in the technology but believes that organisations need to show responsibility when using it. He says businesses need to keep human involvement when it comes to implementing the innovation.

“Companies are investing in AI to create experiences that have already raised customer expectations. However, AI doesn’t just happen. For the foreseeable future, businesses will need to be responsible to curate, select, evaluate and fine-tune models that are meant to accurately understand and explain specific situations — eg recognise what’s a dog versus a hot dog or predict the onset of an engine’s failure,” he says.

“However, AI models are only as good as the underlying historical observations used to build them. When the data do not accurately represent the real world or are biased in some way, the recommendations, suggestions, and forecasts can quickly run amok. The recent failure of the “mushroom-identifying app” highlighted the dangers of bad AI.

If a business fails to take AI safety seriously, it can end up facing public humiliation and financially damaging lawsuits. “An AI algorithm that is fitted on faulty knowledge can mean life and death in the case of industrial operations or self-driving cars. In the best case a faulty model will result in customers abandoning a product. So, without human judgment of machine learning models, companies introduce the risk of reputation damage, financial losses, potential lawsuits and/or a public backlash. Over time, product makers will need to figure how to catch this AI tiger by the tail,” he adds.

Nick Patience, research vice president of software at 451 Research, says AI will certainly have an impact on jobs but that the most challenging problem will be around data. He explains that companies need to create systems that are transparent and ethical. “AI and machine learning-driven applications will initially take over certain tasks – rather than entire jobs – currently performed by humans. Initially this will be the most repetitive and mundane tasks. Over time, though, some jobs will be replaced entirely, in areas such as transportation and retail,” he tells IT Pro.

“Data is the feedstock of AI, especially unstructured data, giving insights into customer intent, employee behavior. However, as consumers realise quite how much data is being collected on them to fuel these models and algorithms, there will be pushback as more stringent privacy controls are demanded.

“There is the danger of bias being baked into machine learning applications at any stage, be it the data, the training of models and or the programming of algorithms. Developers and owners of those applications need to guard against this but also make the applications sufficiently transparent so biases can be detected and fixed at whatever stage they occur.”

While artificial intelligence can certainly speed up business processes, that’s not to say the technology will be best thing for companies. Jane Zavalishina, CEO of Yandex Data Factory, argues that firms will likely struggle to integrate AI systems into existing business operations and humans will still be more capable in other areas, such as common sense and compassion.

“Due to its ability to make better predictions or recommendations for routine decisions, AI will become a natural part of business. While we may argue about job automation, task automation is inevitable. This leads us to a core challenge: successfully integrating functions, now executed by AI, into the existing business processes,” she says.

“AI can be very efficient when applied well, but it is very different from your usual employee. For example, it doesn’t have common sense. Thus, when defining the tasks, one should always be very careful in outlining restrictions and goal metrics – not forgetting the small details that seem obvious to humans.

“Nor can AI generate trust in a way humans do, by supporting decisions with solid arguments. AI will set us free from mundane, repetitive activities because it’s much better at this job. In exchange, we will need to learn how to be better “bosses” for our AI “employees.”

Daniel Kroening, a professor of computer science at the University of Oxford and founder of AI company DiffBlue, says much unpredictability surrounds AI. This, in his opinion, is the most worrying thing about the technology. “The unpredictable and complex nature of AI presents one of the biggest challenges for humans in understanding its behaviour. This is why we need to develop AI that will be highly intelligent, but transparent enough for humans to understand its complex decisions. At Diffblue we are creating AI that fixes bad code in a way that a developer can comprehend and review easily,” he says.

Meanwhile, Dr Aniko Ekart, senior lecturer at Aston University in Birmingham, says AI will become a core part of our daily lives, introducing many benfits rather than challenges. “Artificial intelligence and robotics aren’t science fiction anymore; they are becoming part of our daily lives. Research in this field is driven by curiosity about how humans and animals operate, as much as desire to improve quality of life. The rapid advances are certainly leading to reduced need for some jobs and skills, while continuously changing and shaping other jobs,” she says.

“But should we be scared that machines will take over? Consider the example of town criers, initially having a major role in making public announcements. Over the centuries, communication has been transformed through the invention of the loudspeaker, radio and television broadcast, internet, YouTube and social media. As some jobs disappeared, many new ones came into existence and instantaneous communication of news to large audiences is now available to virtually anyone.

“Similarly, advances in Artificial Intelligence Research (AIR) are bound to further improve our quality of life and bring many benefits. It’s our responsibility as scientists and educators to educate the public and prepare the next generation for a future alongside robots — and empower them to embrace AIR and ensure its use for the benefit of humanity.”

It’s clear that over the next few decades, artificial intelligence technologies will play an integral role in our daily lives and society. But while there will be benefits, the technology industry can’t shy away from the challenges. Businesses need to take in mind the impact AI will have on jobs and develop systems that put safety first.