ECMAScript 2015 (or ES6) is the sixth and major edition of the ECMAScript language specification standard. It defines the standard for the JavaScript implementation.

ES6 brought significant changes to the JavaScript language. It introduces several new features such as, block-scoped variables, new loop for iterating over arrays and objects, template literals, and many other enhancements to make JavaScript programming easier and more fun. In this chapter, we will discuss some of the best ES6 features that you can use in your everyday JavaScript coding.

ES6 introduces the new let keyword for declaring variables. Prior to ES6, the only way to declare a variable in JavaScript was the var keyword. Let’s see what’s the difference between them is.

Block scoping simply means that a new scope is created between a pair of curly brackets i.e. {}. Therefore, if you declare a variable with the let keyword inside a loop, it does not exist outside of the loop, as demonstrated in the following example:

As you can see in the above example the variable i in the first block is not accessible outside the for loop. This also enables us to reuse the same variable name multiple times as its scope is limited to the block ({}), which results in less variable declaration and more cleaner code.

The new const keyword makes it possible to define constants. Constants are read-only, you cannot reassign new values to them. They are also block-scoped like let.

However, you can still change object properties or array elements:

The new for...of loop allows us to iterate over arrays or other iterable objects very easily. Also, the code inside the loop is executed for each element of the iterable object. Here’s an example:

Arrow Functions are another interesting feature in ES6. It provides a more concise syntax for writing function expressions by opting out the function and return keywords. 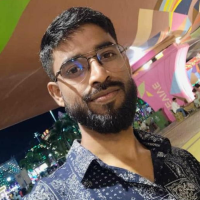 dharmendra
View all posts by dharmendra