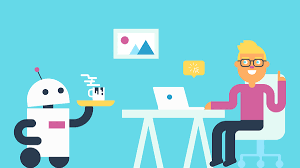 The future seems to be here when it comes to artificial intelligence.

Although many think artificial intelligence, or AI, is still the stuff of books and film, it’s actually used in a number of products and apps that most of us use multiple times a day.

Dr. Miguel Garcia-Ruiz, a professor of computer science at Algoma University said, “We use practical and effective AI applications every day and we often don’t notice it, from checking the weather forecast on a cellphone to washing clothes in a washing machine.

“Currently, social networks such as Facebook use AI techniques for finding new contacts and people online, not to mention showing ads according to our preferences and Internet usage.”

A clear definition of just what is meant by artificial intelligence can help to clarify how it can be used for so many different applications.

“It can be defined as a branch of computer science that deals with the simulation of human behaviour, where personal computers and other digital devices such as cellphones, digital toys, etc., carry out tasks that can be considered ‘smart,’” said Garcia-Ruiz.

Practical application can be dated to the 1950s when some computer programs were created to simulate intelligence, “including a computer program for playing checkers that was ‘intelligent’ enough to challenge human players,” said Garcia-Ruiz.

But AI has come a long way since then. Computers now learn differently.

“AI is not that different from how humans learn, at least conceptually,” said Garcia-Ruiz.

“Computers capable of doing AI can learn like humans by using cameras, motion and light sensors and other types of sensors (the equivalent to our human senses) for acquiring information from the environment, memorize information, solve problems, learn from mistakes and from experience, compare already stored knowledge with new knowledge, etc.”

The computer then applies what it has learned in essentially the same way a human does — “by comparing stored knowledge with new acquired knowledge, analyzing already-stored patterns,” said Garcia-Ruiz.

“One example of this is the face recognition feature found in cellphones.

“The cellphone app first needs to ‘learn’ the face of the owner, and then compare that data against a new image taken from the user every time he or she gets access to the cellphone.”

For those waiting to get their very own version of Tony Stark’s Jarvis AI, that day may be here sooner than they think.

“AI is already a pervasive and ubiquitous technology that is present in many digital devices that we use every day.”

And the way people interact with their devices is also improving.

“Now we can use voice commands and gestures for interacting with everyday appliances, computers and video game consoles.

“In addition, computer scientists are investigating novel ways of interacting with digital devices, for example, how computers can recognize our emotions and act (or react) upon it by playing our favourite music when we are sad.”

It’s no surprise that many jobs are at risk of being replaced by computers thanks to artificial intelligence, but there are some that are likely to be safe — for a while, at least — and other jobs still to be invented.

“I don’t think computers will replace real people answering phones at call centres soon, but it may happen in one or two decades,” said Garcia-Ruiz.

“However, there are new IT jobs related to AI.

“I think there is currently a shortage around the world of IT professionals that know how to program and use machine learning and other AI techniques.”

And a lot of tweaks are still to be made to perfect the technology.

“Certainly there have been some recent AI design ‘mistakes’ around, for example the autopilot feature from a Tesla car that failed to recognize an incoming trailer, killing its driver,” said Garcia-Ruiz.

“Clearly, the car AI will need to be fixed and improved asap, albeit difficult to do.”

Garcia-Ruiz referenced Google researcher and futurologist Raymon Kurzweil, who has predicted that by 2045, AI will outperform human intelligence.

Does that mean we should all be worried about a real-life Avengers-style Ultron?

“I don’t think advanced AI by itself will be harmful to humans, unless wrong hands use it,” said Garcia-Ruiz.

“I think AI can be a threat if it is not designed and programmed with some kind of safeguarding mechanisms.

“I have no doubt that AI and its applications (such as machine learning) are continuously evolving and improving for the benefit of humanity, but AI applications in critical systems where human lives may be at risk (such as in nuclear power plant systems), must be designed with caution.”