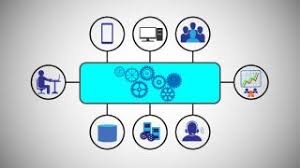 Before we start, let’s look into a real-life situation that changed the game for a business. Wallmart- Canada was failing on crucial Black Fridays for two years in a row. The I.T. department came after much deliberation tried the microservices architecture and it worked wonders. To understand the concepts of microservices architecture first have a brief idea about it.

What is Microservices architecture?

This style is preferred, especially in cases where an application needs to support a broad range of platforms like IoT, wearables, mobile, and web.

In comparison, the monolithic structure does not allow such independence. In the monolithic architecture style, the code components are interconnected. If you want to make changes to a small section of the code, then you need to build and deploy the whole stack at once. The same is true for scalability, if you want to scale a particular part, then you will need to allocate resources to scale up the entire system. Another drawback of the monolith system is that with this type of system, it is challenging to integrate a new technology stack or a new platform or framework into the existing system.

Advantages of the Microservices architecture

When you are working to build an extensive and complex software product, it becomes more comfortable if you divide it into small manageable pieces which could be then combined to form the full product. Microservices architecture allows you to run every single module independent of the other module. Every module can be tested, deployed and rebuilt independently.

With microservices, you get a safety net, how? Since a microservice architecture is, in essence, a combination of different modules, if one module fails for some reason, it can be isolated and debugged without affecting the entire software. For example:- if a microservice starts putting excessive load on the processor, you could isolate this particular microservice and debug it.

Security monitoring becomes quite easy if you are using a microservices architecture.  Microservices are isolated and independent of each other. Hence it is possible to identify and isolate the particular microservice in which you have found a security flaw. This won’t affect the entire software.

The design of the microservices architecture is such that its possible to re-use components. This ensures faster deployment times and encourages the developers to organise the coding around business cases and not around projects. This helps in using the components into other similar business cases. This ensures that the product is adaptable across various business cases instead of being limited to one single project.

Scaling up/down individual modules is far more comfortable than scaling up the entire software structure. This makes the system more adaptable as it can respond to changes quicker than a monolith system. This function is especially helpful when you need to work with many different kinds of platforms and devices. Using microservices, it is pretty easy to scale up, adding new components to the architecture is quick and easy.

Easier for the developers

Due to its modular structure, the code in a microservices system is easier to understand, and new developers can be easily on-boarded and turned into productive members of the team faster.

Another advantage of microservices architecture is that it is helpful in situations where the developers aren’t sure about the devices which application will encounter in future.

If the app is not compatible with a particular device, then developers can quickly provide upgrades making the application compatible with that specific device. Microservices architecture supports containers such as Docker.

In the microservices architecture, each service is independent of each. This allows your developers to code each microservice quickly.  As teams can independently work on each micro-service, it eliminates the scenario where one side is waiting for the other team to finish their task so that they could begin theirs.

As each service can be tested independently, the testers could start testing one microservice while the developers are working on the other. This helps in reducing the time to market of the project. Microservices allow for automatic deployment and easier integration of the code. Also, continuous delivery is possible with microservices architecture.

The microservices are HIPAA and GDPR obedient by nature. Sensitive data such as personal health information data can be isolated easily, and the developers can control access to this data.

Being HIPAA compliant, the time to market for an application built on the microservices architecture reduces drastically in the case of health software. This happens because you won’t have to make additional provisions for making the product HIPAA compliant.

Independent, cross-functional, global teams have become a reality with microservices. It can prove to be a challenge if you want to leverage the expertise of a worldwide team in a monolith system.

Instead, you could give these teams the freedom of choosing their microservice to work upon and then, in the end, connect the dots to finish the project.

Companies who have successfully implemented the microservices architecture:

Spotify knew that to stay relevant in this fast-paced digital world, they would need to become nimble-footed. Spotify caters to millions of users every month, and the processes running behind the scenes to keep the show running are incredibly complex.

Spotify made autonomous teams to solve this problem within their organisation. This resulted in the creation of multiple teams consisting of hundreds of developers spread across two continents. They were able to solve the problem by leveraging the power of microservices architecture.

Uber wanted to use different programming languages and frameworks to grow its application. The microservices architecture helped the company in achieving this feat. More than 1300 microservices power the taxi aggregator today.

Things to consider before implementing the microservices architecture in your enterprise

The microservices architecture can prove to be extremely beneficial for large companies who have a vast and complicated process to manage. But for small businesses and startups, it would prove helpful to go for the traditional monolithic structure.

While in a monolithic structure, you use only one programming language to finish the task, the microservices architecture allows you to use more than one language. Hence it is essential that you employ a team which consists of people who are well-versed in a diverse set of programming skills. Consider discussing the tech stack with your team beforehand to avoid problems afterward.

Ideally, you should divide your big team into many smaller teams. This would allow them to work more independently.

While there are many advantages of deploying a microservices-based architecture, it could prove to be a real headache managing different teams, frameworks, programming languages, and data storage solutions especially if you are doing this first time.

It would be wise to employ efficient software/app development companies who would guide you in implementing the system properly so that you can derive maximum benefit from it.