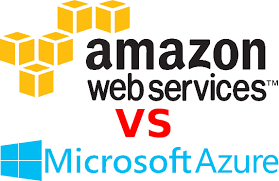 Microsoft and AWS have recently announced a new collaboration aimed at democratizing deep learning and artificial intelligence. Gluon is a joint effort between Microsoft Research and Amazon AI and is intended to make developing solutions using machine learning easier and quicker.

Gluon is an open-source deep learning and neural network solution that is exposed through a Python-based API. It comes with prebuilt neural network components that can be created on the fly and used to train algorithms making it easier to define, debug, iterate and reuse components.

Gluons brings support for programming techniques not found in other frameworks, such as dynamic graphs, and has deep support for sparse data which is often found in natural language processing.

Reuse is promoted by libraries that define complex models, and a technique called hybridization allows compute graphs to be computed and then cached for reuse in later iterations. Additionally, these graphs can be exported, allowing them to be served on mobile devices.

Gluon currently supports Apache MXNet 0.11, the AI framework supported by Amazon, and will support Microsoft’s Cognitive Toolkit in a future release. There is a set of tutorials available nowthat covers a spectrum of experience from beginner to expert to help people get going with the framework. The specifications for Gluon have been published to allow developers and organisations using other deep learning frameworks to take advantage of it. The specification is available in a GitHub repository that includes instructions for getting started with Apache MXNet.

Google is not currently part of the group supporting Gluon, so there is no timeframe for support of TensorFlow, the AI framework that Google open-sourced in 2015.

We think the Gluon interface will be an important addition to our machine learning toolkit because it makes it easy to prototype machine learning models. The efficiency and flexibility this interface provides will enable our teams to be more agile and experiment in ways that would have required a prohibitive time investment in the past.

This is the second time that Amazon and Microsoft have announced a collaboration on artificial intelligence. In August, they spoke on the support being built in to their own digital assistants to be able to work with each other. With this collaboration, Microsoft’s Cortana can leverage the retail knowledge of Amazon’s Alexa, whilst Alexa is able to leverage the productivity features of Cortana.