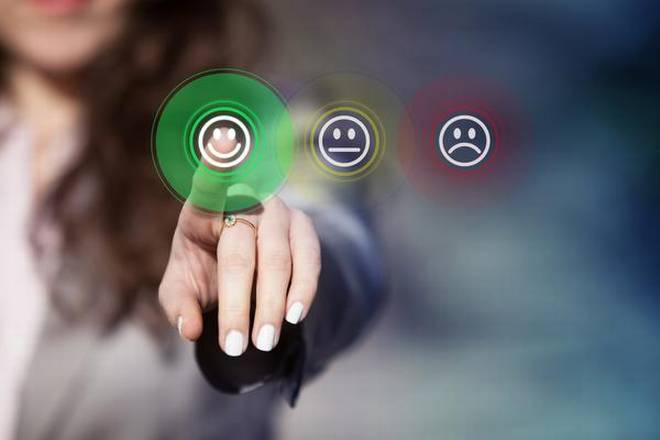 In a race to dominate the artificial intelligence (AI) space, Microsoft is bringing the power of AI to users and organisations through ‘Microsoft Cognitive Services (MCS).’

Products that analyse human emotions, AI technology that describes surroundings to visually-challenged and an Indian chatbot that interacts with users like a friend, were some of the innovations that Microsoft recently showcased at its research lab in Bengaluru.

The world’s largest software maker said it has developed the ‘intelligent kiosk’ which is a Windows 10 universal application displaying workflows and experiences. It can analyse the emotions on human faces as well as still photographs and predict their age and gender. It also allows developers to quickly create and train a model to perform face identification against any predetermined set of faces. For example, in one of the photos, it could identify Indian cricket team players Virat Kohli and M.S. Dhoni. In the next picture, it could determine whether a person was ‘happy’ or ‘sad.’

More than 370 enterprise customers in India already use these cognitive APIs from Microsoft. The company said it is working with more than 650 partners to bring AI solutions to benefit large, medium and small enterprises in the country.

Another such innovation was ‘Seeing AI’ which is designed for users with visual impairment. It combines AI and rich computer vision to describe surrounding people, text, objects, colours, and currencies, including Indian rupees, in real time to the user.

Microsoft said it is also transforming remote hiring. For instance, Bajaj Allianz General Insurance company is using an automated video interviewing solution from Microsoft partner and start-up Talview to hire from the untapped talent pool from multiple cities across the country. The cloud-based solution, powered by Microsoft Azure can be accessed by candidates from any smartphone device and is fully functional even on the low-speed Internet.

It can also build behavioural profiles of candidates which enable hiring managers to find the right person for the job backed by data-driven insights. “One of the applications of computer vision is authentication and avoiding cheating during online exams,” said Sanjoe Tom Jose, co-founder, Talview.

Microsoft also demonstrated its social AI chatbot ‘Ruuh’ created specifically for India. It has approximately 1.5 million users and has exchanged more than 100 million messages with her users so far.

The company said she is built using the vast social content available on the Internet, with strong checks and balances to protect her from exploitation. Microsoft said as an AI chatbot, she is learning increasingly from human interactions to respond emotionally and intelligently. “You would chat with Ruuh as you would chat with your friend,” said Prashant Choudhari, principal program manager, Microsoft.

The Redmond, Washington-based firm recently brought the power of AI and deep neural networks (DNN) to improve real-time language translation for Hindi, Bengali, and Tamil. It said the results were more accurate and natural. The users can access this technology in various products of the firm such as Bing search, Word, Outlook and Skype. The Microsoft Translator application in mobile operating systems Android and iOS can recognise and translate languages from text, speech and even photos.

Mr.Rajamani said as important as technology were the principles that the company used to design these AI-systems. He said it was extremely important to protect the privacy of the individuals that contribute the data. He said AI algorithms had the potential to make decisions and it was their responsibility as technologists to ensure that “those decisions are fair and transparent… and protected against biases.”