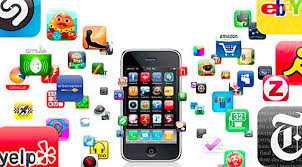 Tech giant Microsoft has released an iPhone app, including in India, that uses Artificial Intelligence (AI) to help the blind and visually impaired see the world around them like never before. The free ‘Seeing AI’ app, can read out short snippets of text, describe people, identify products and currency denominations, and take a stab at identifying the objects in a person’s surroundings. Using a smartphone camera or a pair of camera-equipped smart glasses, the app can identify things in your environment – people, objects, and even emotions – to provide important context for what is going on around you. It is a Microsoft research project that brings together the power of the cloud and AI to deliver an intelligent app, designed to help you navigate your day, Microsoft said in a statement yesterday. The project was demonstrated in March last year by Microsoft software engineer Saqib Shaikh. The app relies on the iPhone camera, backed by Microsoft’s machine-learning and image-recognition algorithms, the Seattle Times reported.

The company did not say whether a version would be released for Android phones. ‘Seeing AI’ takes its name from the Microsoft research project that developed the tool. The app is available in the US, Canada, India, New Zealand and Hong Kong. Seeing AI joins a small group of apps designed to help visually impaired people. Most others are aimed at a single task, like identifying a colour or reading text aloud.

But Microsoft is not alone in tackling this problem. Apple, Google, Facebook and Amazon are working on similar projects, CNET reported. This is also the latest project from Microsoft built using its artificial intelligence technology.