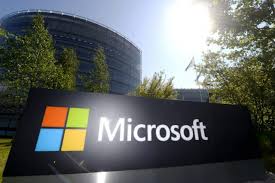 Detecting deadly diseases, reducing accident risks, predicting consumer behaviour and helping farmers increase crop yields were some of the AI-based innovations that the world’s largest software maker showcased along with its partners at an event here. “Is AI a product? Is it something that would be really harnessed by some of the biggest companies in the world? Who is AI for?,” said Anant Maheshwari, president, Microsoft India, in his keynote address at the company’s ‘AI for All’ conference here. “And one of the core perspectives we have had as a company is to democratise AI and really bring it for everyone,” he said.

The Redmond, Washington-based firm said it was helping 650 India-based partners use the Microsoft cognitive services, Internet of Things (IoT), AI and machine learning platforms to build solutions for India. Over the last year, Microsoft and its partners have deployed AI solutions in areas such as healthcare, education, agriculture, retail, e-commerce, manufacturing and financial services.

For instance, homegrown online retail giant Flipkart is leveraging AI and analytics capabilities in Microsoft’s cloud computing platform Azure. It is able to deliver increasingly relevant and personalized experiences to its customers.

“We have to be proactive and these millions of users coming to our platform is giving us information to predict. We can actually predict demand,” said Amar Nagaram, vice-president, engineering, Flipkart, which competes with Amazon, the world’s largest online retailer. He also said the company does not dump everything in the search results of the consumers but provides them with the products that they would like and actually buy.

Homegrown ride-hailing firm Ola’s connected car platform Ola Play would also leverage Microsoft AI and IoT technology to improve the driver and passenger experiences. The telematics platform will transform the car into a high-performing, intelligent vehicle, capable of assessing fuel efficiency, engine performance, and driver performance. It will also enable smarter navigation and predict breakdowns, enhancing safety and security. “We know every single street at least in tier one cities and every time a pothole opens up we know that as well,” said Kaushik Mukherjee, senior director, engineering, Ola. “That data is hugely useful when we talk about infrastructure, road conditions and accident-prone [and] dimly lit areas,” he said.

Microsoft also unveiled a partnership with Forus Health, a Bengaluru-based start-up focussed on retinal imaging devices. It would leverage AI capabilities for early detection of eye diseases such as diabetic retinopathy, glaucoma and macular degeneration, and help reduce avoidable blindness.

“AI is going to be very important because when you can give the response to somebody [patient] immediately, the chances of he taking the whole thing more seriously is very high,” said K. Chandrasekhar, co-founder and CEO of Forus. He said that India had only 20,000 ophthalmologists for a population of 1.3 billion.

Microsoft said though we are entering into the AI-world with all the ingredients like computing power, cloud and big data coming together, the company takes very seriously the consequences that introducing AI can have. “We don’t want to just unleash it, we want to be very mindful of it,” said Peggy Johnson, executive vice president, business development, Microsoft. Referring to the set of principles introduced by Microsoft CEO Satya Nadella, she said while developing AI, one must ensure there is no bias in the data sets and if there is any, it should be removed. “Otherwise you are going to get an answer that is not really based on truth,” she said. Ms. Johnson said the AI-based technology has to be reliable, safe and most importantly provide transparency and data privacy to the users.

“As AI is introduced in our daily lives, we want people to know what is going on with their data,” said Ms. Johnson. “If anything should go wrong, you can’t say ‘oh the machine did it’ that just is not an acceptable answer. You really have to take accountability for it.”