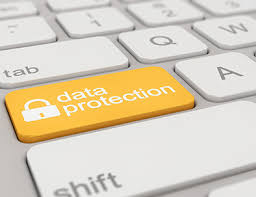 Johannesburg – Data management firm NetApp has introduced a new system and storage protocol to the South African market to accelerate the transfer of big data and comply with future data regulations.

The company predicts that by 2018, data will be governed according to principles laid out in the European Union’s General Data Protection Regulation (GDPR).

GDPR will soon apply to any company, anywhere in the world which processes EU citizens’ data, including South Africa.

Recently, many countries have embarked on the process of implementing new compliance and regulatory measures around data sovereignty, data ownership and data security.

According to Morne Bekker, Country Manager at NetApp South Africa, this has caused confusion among business owners, who have been given a limited amount of time to comply with a barrage of new rules and regulations.

“In the era of Big Data, many organisations are asking the question: ‘Can I still deliver a personalised approach when I am restricted around the collection and management of my customers’ data?’,” Bekker said.

The new system from NetApp will allow companies to provide better performance for analytic data and is more secure.

The company said that businesses today manage masses of data, and need to harness and leverage this wealth of information for effective, strategic and tactical future planning.

The data management company created the solution for businesses which look to transform data into valuable results, but are often hampered by inefficient infrastructures not designed for performance intensive workloads.

“Traditionally within South Africa, enterprise data has been stored on cloud servers beyond our geopolitical borders and hence outside of our legal jurisdiction. Although there has been a shift towards the rise of regional data centres, the majority of local South African data still resides in continents such as Europe,” Bekker said.

He added that the GDPR will soon apply to any company, anywhere in the world that processes EU citizens’ data.