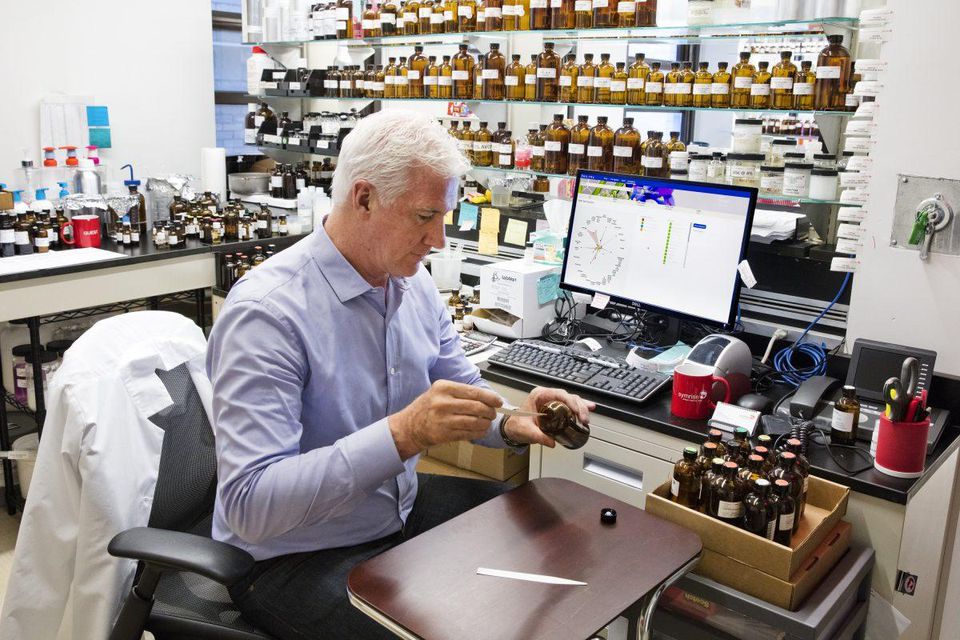 Artificial intelligence, a buzzword across several sectors, may be about to shake up the fragrance industry.

IBM Research and Symrise — a major global producer of flavors and fragrances that counts among its clients Estee Lauder, Coty and Victoria’s Secret parent L Brands — have created what they described as the industry’s first AI-designed perfume for sale, after the two parties came together over a year ago.

The AI tool, named Philyra, uses a machine-learning algorithm to study Symrise’s database of some 1.7 million formulas and can identify “white space” before suggesting not only formulas that may resonate with consumers but also combinations that perfumers may not have thought of before.

For instance, when asked to come up with the “most creative” interpretation of a fragrance created 12 years ago, the AI system generated one formula that removed an outdated material and upped the dosage of a popular sandalwood scent. It also unexpectedly introduced to the mix cedar wood, another ingredient popular with today’s consumers, said David Apel, Symrise’s VP and senior perfumer of fine fragrance.

“Artificial intelligence is the only innovation that’s happened in perfumery” since the industry began using synthetic molecules in the late 1800s, Apel, who said he’s been studying perfume for 38 years, said in an interview. “The process of creating a fragrance typically takes six months to four years. This happened very quickly. … The thing that was really surprising (with AI) is it kept trying new and innovative things. It’s making its own decision on how the perfume should look. It gives us novel ideas.”

As part of the initiative, IBM and Symrise answered the call from O Boticário, a major beauty company in Brazil that also sells to other countries, to come up with two perfumes for the millennial consumers in its target markets. After looking at what’s worked with millennials in the past, the AI tool returned various formula suggestions before Apel and his team ended up narrowing them down to the final two. After a positive consumer test, O Boticário will sell the two AI-designed fragrances to the public next year.

Referring to one of the two perfumes, Apel described the AI’s combination of cooking spices like cardamom and fenugreek with a milk and butter base as a formula he wouldn’t have thought of using before.

“It’s not in the normal palette of the materials I would have used,” he said.

While O Boticário is the first beauty company that’s going to dive in with selling AI-designed fragrances, it will likely not be the last.

“A lot of brands are thinking about it,” Achim Daub, Symrise’s global president of scent and care, told me. “That is where creativity could be very different.”

And don’t worry about AI putting perfumers like Apel out of a job.

“We predict in the white space what people will like and generate what we think is promising and show perfumers,” Richard Goodwin, IBM Research’s principal research scientist, said in a presentation Tuesday. “Perfumery is art. Every artist has his or her own style.

“It’s not like AI replaces perfumery. This is an apprentice. Philyra can look at the history of perfumery to look at what’s worked in the past and what might have worked here versus in China. You still need the expertise of a perfumer.”