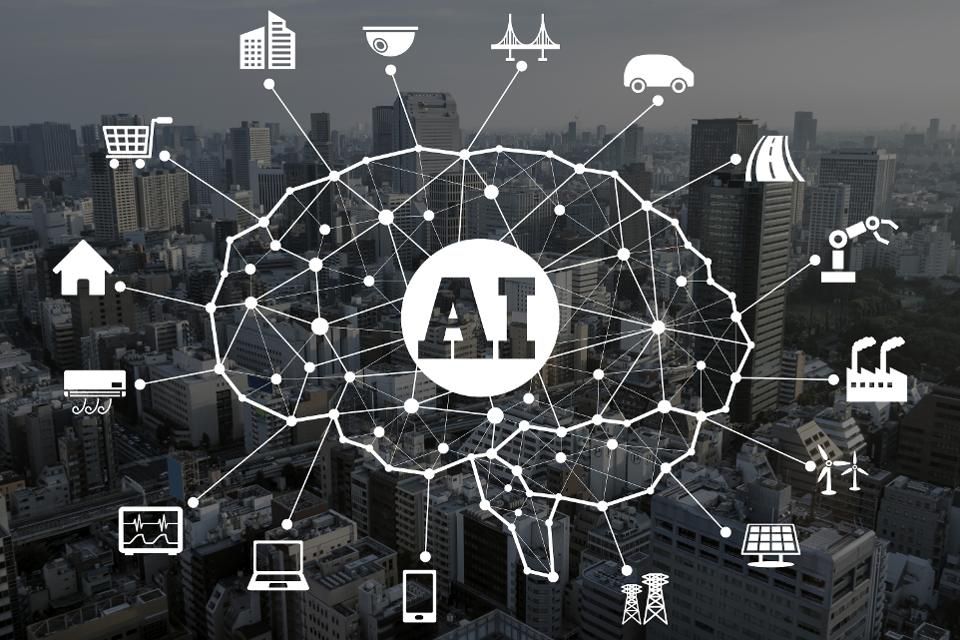 Google services such as its image search and translation tools use sophisticated machine learning which allow computers to see, listen and speak in much the same way as human do.

Machine learning is the term for the current cutting-edge applications in artificial intelligence. Basically, the idea is that by teaching machines to “learn” by processing huge amounts of data they will become increasingly better at carrying out tasks that traditionally can only be completed by human brains.

These techniques include “computer vision” – training computers to recognize images in a similar way we do. For example, an object with four legs and a tail has a high probability of being an animal. And if it has prominent whiskers too, it’s more likely to be a cat than a horse. When fed thousands, or millions of images it will become increasingly good at deciding what an image represents.

Another is “natural language processing”. This is used in Google’s online real-time language translation service to understand nuances of human speech in any language, allowing more accurate translation between human languages.

Google also uses machine learning in its Nest “smart” thermostat products – by analyzing how the devices are used in households they become better at predicting when and how their owners want their homes to be heated, helping to cut down on wasted energy.

However, besides these everyday uses Google has developed many more specialized applications of the technology, which today are in use helping to solve a variety of environmental problems around the world.

Google’s sustainability lead, Kate E Brandt spoke to me about some of these ambitious use cases where artificial intelligence is being deployed today.

She said “We’re seeing some really interesting things happen when we bring together the potential of cloud computing, geo-mapping and machine learning.”

One great example is an initiative which is already helping to protect vulnerable marine life in some of the world’s most delicate eco-systems. Using the publicly broadcast Automatic Identification System for shipping, machine learning algorithms have been shown to be able to accurately identify illegal fishing activity in protected areas.

This works in much the same way as the “cat or horse?” example for image recognition I gave above. By plotting a ship’s course and comparing it to patterns of movement where the ship’s purpose is known, computers are able to “recognize” what a ship is doing.

Brandt told me “All 200,000 or so vessels which are on the sea at any one time are pinging out this public notice saying ‘this is where I am, and this is what I am going.”

This results in the broadcasting of around 22 million data points every day, and Google engineers found that by applying machine learning to this data they were able to identify the reason any vessel is at sea – whether it is a transport ferry, container ship, leisure vessel or fishing boat.

“With that dataset, and working with a couple of wonderful NGOs – Oceana and Sky Truth – we were able to create Global Fishing Watch – a real-time heat map that shows where fishing is happening,” says Brandt.

The initiative has already led to positive outcomes in the fight against illegal fishing in protected marine environments. For example, the system identified suspicious activity in waters under the jurisdiction of the Pacific island nation of Kiribati – which include the world’s largest UNESCO heritage marine site. When intercepted by Kiribati government vessels, the captain of the fishing vessels denied any wrongdoing. But after being presented with evidence gathered by Google’s machine learning algorithms, he realized he had been caught red-handed and admitted the violation of international law.

“What’s really exciting is that this creates tremendous opportunities for governments and citizens to protect our marine resources. Fishing in those marine reserves is illegal and Global Fishing Watch has been used to protect those reserves.”

Machine learning-driven image recognition is also used for a very different purpose, on land this time, and across the United States as well as Germany.

Project Sunroof, launched in 2015, involves training Google’s systems to examine satellite data and identify how many homes in a given area have solar panels mounted on their roofs. As well as that, it can also identify areas where the opportunity to collect solar energy is being missed, as no panels are installed.

“This started with one of our engineers living in Cambridge, Massachusetts, who wanted to put solar panels on his roof but was finding it hard to figure out if he was living in a good location – did he have enough sunlight to work with?” Brandt tells me.

This resulted in the development of a machine learning system which took Google Earth satellite images, and combined it with meteorological data, to give an instant assessment of whether a particular location would be a good candidate for solar panels, and how much energy – as well as money – a householder might save.

“Then we realized this was not only really useful for individual home owners, but it could be very useful for communities – at county, city or state level – to assess their potential.”

Google’s image recognition algorithms were trained to recognize how to spot solar arrays in satellite images. This system was quickly put to use by the city of San Jose in California as part of an initiative to identify locations where 1 gigawatt of solar energy could be generated from new panels.