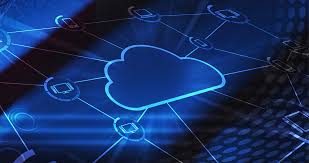 It’s tempting to believe that artificial intelligence can do just about anything.

Currently, AI and machine learning power self-driving cars, complex adtech audience optimizations and a host of intelligent agents like Alexa, Cortana and Siri. At the same time, leading AI experts, business owners and analysts are cautioning against an overly rosy view of its current capabilities.

Says Atrium co-founder and author Peter Kazanjy: “One of the biggest misunderstandings of AI and ML is the tendency to think of them as robots, bots — things we [fantasized about] growing up — like the robot housekeeper from The Jetsons [Rosie]. We’d assume that automation and AI would give us a robot like her that washes the dishes automatically — in addition to a lot of other tasks. But the dishwasher of the future really looks more like today’s dishwasher.”

The hype surrounding AI’s potential has misled many into overlooking its current utility. It will eventually redefine industries and build technologies we never thought possible, but business leaders and AI experts say the real value in today’s AI lies in increasing efficiency and accuracy in our everyday work.

The power of AI is in helping humans do things better.

The biggest reason to be bearish on AI is that it’s far from the sci-fi future we all dreamt of. AI today is narrow and focuses on doing classification tasks really well.

We’ll need to break down AI’s current capabilities to understand it better.

This is how the machines learn and the artificial becomes intelligent.

AI is defined as machines learning and making decisions in an intelligent, human-like way. This definition of AI is so broad — and unsatisfying — partially because the field itself is newer and less explored than the hype may lead you to believe.

Machine learning is the prevailing practical application of artificial intelligence, which works by finding patterns in data. (Note that deep learning, another promising and increasingly talked-about branch of AI, is referred to as the “cutting-edge of the cutting-edge” and is a subset of machine learning.)

The holy grail of AI — the kind that lives in Rosie’s CPU and can effortlessly think, act and talk like a human — is often referred to as “general AI” or “true AI.” But, depending on who you ask, it’s paradoxically both inevitable and implausible.

Says Microsoft Corporate Vice President Steve Guggenheimer: “We don’t think of AI in the context of an app, workload or process but instead as a transformative technology that will change how we do things in the future. When computers can draw conclusions from imperfect data, interpret meaning from text and interact with humans in more natural ways, it opens new possibilities than what existed before. AI today is already starting to make people more efficient at work and we are just scratching the surface of how AI can be used.”

What are AI’s current capabilities?

Great, you say. We’re millennia away from creating our own autobots and falling in love with our virtual assistants. What can artificial intelligence actually deliver?

Although it seems like second nature to us now, we’ve all had to learn how to use computers, download apps and memorize commands and shortcuts that power software applications.

Machine learning can simplify the learning curve. Its current capabilities can be sorted into four categories, according to Redpoint venture capitalist Tomasz Tunguz:

1. Optimization: calculating the shortest route to a destination.

2. Object identification: finding a particular thing within an image.

These applications aren’t redefining the way we work, but they are accelerating workflows by reducing time spent on various tasks like data entry, language translation, scanning credit card charges for fraud and personally identifying objects in images one by one.

What’s more, they’re aiming to solve specific business problems, often tailored to individual industries. AI’s presence is not about reinventing the wheel and replacing you with a computer, according to SalesTing founder Piyush Saggi, but rather about addressing concrete use cases that make work more meaningful.

“Most knowledge workers are overworked because of mundane tasks; AI has the potential to help people get so much more out of their working hours,” he says.

In the context of B2B sales and marketing, AI is already being used to help sellers and marketers predict opportunities and fine-tune campaigns that would have been difficult to foresee otherwise. Marketers are using sentiment analysis to learn more about how their brands are being perceived and used. For example, Bing Search has the ability to perform object recognition within images so visitors can learn more about a product they have seen and where they can purchase it.

As Microsoft exemplified by creating Cortana, “computing is ambient, accessible, and everywhere around us. To draw from it, we need a guide—a smart conversationalist who can, in plain written or spoken form, help us navigate this new super-powered existence.”

Even though the AI of tomorrow may not include the futuristic robots we’ve imagined, its true value will be in simplifying our lives and processes.