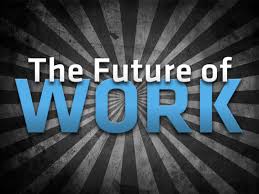 Artificial intelligence is fast changing the world. The premise that intelligent machines will perform tasks more efficiently and at a lower cost than human beings is by no means far-fetched. The challenges facing the workers of the future are multiplying before our very eyes.

Some of the most vulnerable jobs in the transition to automation, robotics and artificial intelligence are related to transport, mechanical work in factories and customer service. But no sector, be it health, finance or even the military, is excluded.

In the study When Will AI Exceed Human Performance? Evidence from AI Experts, conducted by researcher Katja Grace from the Future of Humanity Institute at Oxford University, 350 artificial intelligence experts predict that AI will outperform human beings within the next ten years in activities such as translating languages (in the year 2024), essay writing at secondary school level (in 2026) and truck driving (in 2027). Writing a bestselling book or replacing a surgeon will come a little later (in 2049 and 2053), but it will come.

The potential conflicts vary considerably according to the level of economic development. “In developed countries, there is a concern that new forms of artificial intelligence will compete with humans for jobs, given their increased comparative advantage in areas of cognitive ability. Whereas in emerging and developing countries, concerns around automation are principally associated with the risk that it will replace manufacturing jobs – which have been central to past growth strategies. The central theme, of course, in both instances is the risk that jobs will be replaced by technology,” senior economist at the ILO, Steven Tobin, tells Equal Times.

“To some extent, automation almost intrinsically means progress, in the sense that it gives human beings greater freedom from the sacrifices that work demands of us. The problem is that the advantages or profits derived from the increased productivity resulting from automation do not necessarily benefit all social groups in equal measure. It depends on the negotiating capacity, on the power held by each social group,” warns Juan Torres López, professor of applied economics at the University of Seville.

In addition, the global rise of non-standard forms of employment, such as temporary or part-time employment, agency work, subcontracting, dependent self-employment or ambiguous employment relationships, could generate even greater insecurity when combined with technological innovation. “Such non-standard forms of employment are often linked to greater insecurity for workers. In this sense, better regulation is needed that ensures equal treatment for workers regardless of their contractual arrangement,” underlines the ILO.

Another key factor, in addition to effective social protection for workers, is broader and better access to training, to develop their skills. “We need to ensure that individuals have access to the right education and skills to take up the new jobs, and that effective social protection measures are there to provide minimum guarantees,” explains Tobin.

“As with automation, many people rush to make a judgment with respect to robots and the risk that they will take away jobs,” adds Tobin “The reality is that we don’t have a clear answer and further debate and research is required.”

For the ILO economist, Germany and Japan, which have managed to introduce robots within companies without compromising jobs, are positive examples. “Robots are now able to undertake tasks that are hazardous and dangerous for humans,” he points out. The challenge lies in stimulating innovation and cutting costs without compromising the fair redistribution of income, regardless of the worker’s contractual arrangement.

Pilot social policies, a response to the new challenges

Barcelona is to launch a programme in September that will run for 24 months, to trial four minimum income schemes in 1,000 households in the Besòs district. It is a pilot project with a budget of 13 million euros. “The aim is to study what can be done to ensure that all the people residing in the city of Barcelona have access to the minimum level of income needed to live a decent life. It is based on the certitude that the current welfare benefit system is inadequate and too complex to achieve this objective,” explains the social rights section of Barcelona city council.

“The 1000 households involved will be divided into four subgroups to see how their income is reduced, or not, when they receive supplementary or unexpected income, as well as the impact of being obliged, or not, to take part in specific socio-labour projects.”

As the city council points out: “Despite the wealth of literature on the subject, there are not many practical studies, to date, that examine, in detail, the best way for this type of income to meet its ultimate goal, which is to reduce inequalities and ensure genuine equality of opportunity. Similar studies are currently underway in the province of Ontario (Canada), the city of Utrecht (Netherlands) and Finland.”

At the end of the two-year trial, an assessment will be made of how these policies impact the social protection and the reduction of inequalities. “Our rationale is based on the fact that current policies, often too ’assistentialist’ or paternalistic, have not helped to curb the rise in poverty and inequality, which is why we believe it would be good to explore basic income in greater depth. It could also contribute to condensing exiting benefits and reducing the amount of bureaucracy,” says the city council.