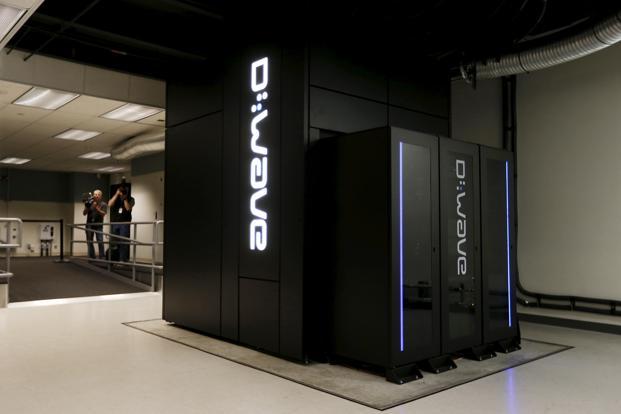 British science fiction author Arthur C. Clarke famously wrote in 1962 that “any sufficiently advanced technology is indistinguishable from magic.” In 2017, Artificial Intelligence (AI) seems to be that form of “advanced technology” that is seemingly putting magic into shade.

But what is this magical form of technology? Simply put, AI is based on an algorithm that takes data input in the form of text, speech, video and/or image; processes it through an artificial neural network inspired by the human brain; and generates a decision or an action as the output, which it takes as a learning for future and continues to self-improve, much like an infant. But AI as a technology had been languishing in research labs until a decade ago for want of insane amount of data and computing power it needed to be of any consequence. However, four changes have taken place to spur this revolution in recent times: recent breakthroughs in deep learning; exponential growth in brute processing power and big data; cheaper data storage; and ubiquity of internet-enabled smart mobile devices. It was only last year that Google’s DeepMind AI agent outgunned humans and mastered the infamously difficult Atari game Montezuma’s Revenge, and in 2011 IBM’s Watson famously beat two all-time Jeopardy! champions. But AI is more than becoming video game jocks.

We believe that AI is fast evolving from an obscure curiosity of the last decade to a powerful utility of the current one. There are physical as well as virtual uses, some of which have been in the news ad nauseam while many remain inconspicuous. In the Indian context, corporations can particularly extract a huge business advantage from “Physical-Inconspicuous” and “Virtual-Obvious” applications of AI due to relative ease of implementation.

While that happens, there are three fundamental shifts we all will witness. Firstly, the human-machine interface will drastically change. The web will become less relevant, and the influence of apps will diminish. Customers will instead expect to ask natural questions to get their devices to find data and either present it through a friendly interface or have their request actioned. Secondly, language barriers across the countries and communities will disappear. Dramatic improvements in Natural Language Processing (NLP) will create seamless interaction for culturally and linguistically diverse populations. Recently, Google Translate AI invented its own artificial language to translate language pairs on which it had not been explicitly trained, and this is just the warm-up. And thirdly, the ability to use artificial intelligence and machine learning to enhance decision making or to create autonomous environments will be the key to survival. According to Gartner, by 2019, artificial intelligence platform services will cannibalize revenues for 30% of market-leading companies.

With the buzz around AI, many CEOs today are already keen on harnessing it to their advantage. However, to be able to achieve that, they need to surgically identify where all AI can create the most significant and durable advantage. BCG identified a four-point action framework for executives to help them shape and harness the advantage from AI.

Adopt technological advances: AI has the ability to improve outcomes and lower cost, so welcome the change in your industry. Invest in holistic AI infrastructure. Explore AIaaS (Artificial Intelligence as a Service) model.

Build and use data sources: Identify, build, and combine existing data with new and even external sources such as databases, optical signals, text, graphs, and speech.

Decompose processes: Break down processes into relatively routinized and isolated elements that can be automated using AI. Then, reassemble them to better meet your customers’ needs.

While there are tremendous advantages, there is a multitude of grey areas that remain to be addressed. For one, AI needs to be regulated at a global level to channelize it in the right direction. Newly founded Partnership on AI is a step in the right direction but legislative measures must also be in place. Also, as the AI systems continue to self-learn and achieve/exceed capabilities of a human brain, we must have humans in the loop in some form in all applications of AI. A framework is needed to give companies, customers and users confidence in the outcomes of self-learning AI systems. For example, why should a doctor/patient trust the AI-based diagnosis and prescription? Finally, the fear of job losses can hinder the pace of AI adoption. Our thinking is that only the easy-to-automate administrative and repetitive tasks in a job will be eliminated, and job profiles will change to focus on things only humans can do. We see jobs getting enriched further, with increased application of human creativity, collaboration, empathy, and judgment. Demand for data scientists will increase, but contrary to general perception, that will be the case only in the short-term. In our view, the demand for their skill is likely to diminish over time as AI systems cross the threshold of completely autonomous self-learning.

These open questions are expected to be addressed as the spectrum of AI disruptions expands. Corporations, however, must start embracing AI early, as it is going to disrupt their industries sooner than one can anticipate.