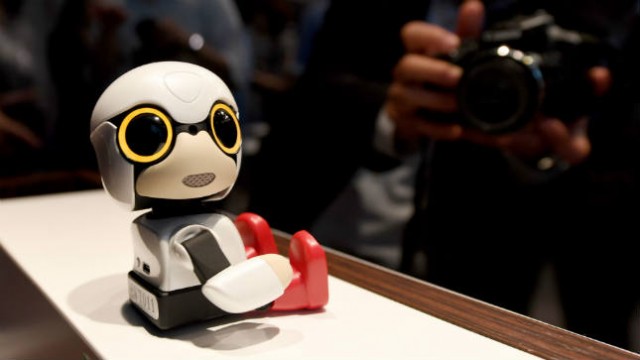 One of the biggest problems with Washington is that more often than not the policy conversation isn’t grounded in the facts. We see this dysfunction clearly on technology policy, where Congress is largely uninformed on what the future of artificial intelligence (AI) technology will look like and what the actual consequences are likely to be. In this factual vacuum, we run the risk of ultimately adopting at best irrelevant or at worst extreme legislative responses.

That’s why I was particularly interested to see the comments by Tesla CEO Elon Musk to the National Governors Association that “AI is a fundamental existential risk for human civilization.” Musk is a tremendous innovator and someone who understands technology deeply, and while I don’t agree with his assessment, his dramatic statement is a challenge to lawmakers to start seriously examining this topic.

This is precisely why I’ve launched the Artificial Intelligence Caucus, a bipartisan initiative to better inform policymakers on the technological, economic and social impacts of AI. The AI Caucus is co-chaired by my colleague, Rep. Pete Olson, and includes members from every region of the country. Olson is a Republican from Texas and I’m a Democrat from Maryland, we have different perspectives and political philosophies, but we both agree that step one is that educating Washington on what the changes to come will look like.

The AI Caucus is working to bring together experts from academia, government and the private sector to discuss the latest technologies and the implications and opportunities created by these new changes. Already this year, we’ve been briefed by a variety of specialists and fellow policymakers from both Europe and the United States and the caucus participated in events this month organized by IBM.

Congress needs to have a better grasp of what AI actually looks like in practice, how it is being deployed and what future developments likely will be, and that’s where the AI Caucus comes in. AI won’t just impact one specific field or region and the issues it will raise will not fall under the jurisdiction of a single committee; ironically, AI is potentially such a big change that we might not see the forest for the trees.

It is clear that we are on the verge of a technological revolution. Artificial intelligence promises to be one of the paradigm-shifting developments of the next century, with the potential to reshape our economy just as fully as the internal combustion engine or the semiconductor. Contrary to some portrayals, AI is less about the Terminator and more about using powerful cognitive computing to find new treatments for cancer, improve crop yields and make structures like oil rigs safer. AI programming is a key component of emerging driverless car technology, new advances in designing robots to perform tasks that are too dangerous for humans to do and boosting fraud protection programs to combat identity theft.

As a former entrepreneur, I believe that innovation should always be encouraged, because it’s fundamental to economic growth. Imagine if we’d tried to put the brakes on the development of telephone or radio technology a century ago, personal computer technology a generation ago or cell phone technology a decade ago. Innovation creates new opportunities that are hard to predict, new jobs, even entirely new industries. Innovation can also boost productivity and wages and reduce costs to consumers.

But that doesn’t mean that there aren’t relevant concerns about the disruption that AI could bring. Again, it’s all about the facts, and in the past, new technologies have hurt certain jobs. While the overall impact might have been positive, there have still been industries and regions that have been hurt by automation. In manufacturing especially, we’ve seen automation reduce the number of jobs in recent years, in some cases to devastating effect.

We need to be honest about the fact that AI technology will replace some jobs, just as what happened under advances. In my view, we need to start the conversation now and take a hard look at how we can help those individuals who will be hurt. As policymakers, we should be thinking about those people who are working in jobs that are at risk and seeing what we can do to get them through this eventual change. We should focus on preparing our country for this next wave of innovation.

As I think about policies that help anticipate AI and the changes it will bring, it is my view that the country needs to become more entrepreneurial and more innovative. That means we should make it easier to start a business and encourage more startups, invest more in things like research and infrastructure, all to become a more dynamic economy. We have to think through how we can make benefits more portable and how we can create a more flexible high-skill workforce. Combined with long-term trends that will create an older society, we must anticipate that the shape of the economy and the job market will look very different in the decades to come. The emergence of AI is also another reminder of making sure that our social safety net programs will be able to meet the needs of the future. AI will also create new ethical and privacy concerns and these are issues that need to be worked out. I believe that it is imperative that we tackle these emerging issues thoughtfully and not rush into new programs or regulations prematurely.

My colleagues on the AI Caucus each have their own ideas and concerns and part of the caucus’s function is to also facilitate a dialogue between lawmakers. Our choice is to either get caught flatfooted or to proactively anticipate how things will change and work on smart policies to make sure that the country benefits as much as possible overall. The only way to do that is to become focused on the facts and focused on the future and the AI Caucus is a bipartisan effort to make that happen.