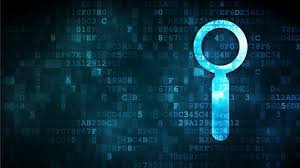 To quote Eoin Treacy in ‘How to Profit from the Peaceful Rise of the Robots’: “Don’t think of robots as replacements for humans – think of them as things that will help make us better at tackling many of the problems we face.”

Never has this been more appropriate than now in the digital media industry. The three key problems that machines can fix are costs, monetisation and ad quality.

As programmatic advertising evolves at a rapid rate, the need to deploy smart technology to continue to add value has increased. In August, the New York chapter of the IAB launched a working group to help the industry navigate the impact that artificial intelligence (AI) and machine learning (ML) will have on digital advertising.

The pressure will be on every company in the complex ad tech ecosystem to show they are not contributing to costs without adding the expected value back. As a company with our roots in the SSP side of the equation, we are no different. The truth is that SSPs will have to evolve or risk becoming irrelevant – much like any player in our industry.

Many of the productivity and financial gains for publishers will remain under the hood, and will not attract major headlines.

However, we all know that a lot of advancements will only prove fruitful with the right education. Here are some of the ways that machine learning technology can be used to put more money in the hands of publishers.

The volume of ads flowing into the bidding landscape has skyrocketed thanks to header bidding – a tactic that has been a game changer for publishers, but has led to challenges on the buy side. SSPs and DSPs are receiving more traffic than ever before, so the problem, for buyers in particular, is keeping infrastructure costs down.

The answer is bid throttling, which leverages machine learning to help ensure the SSP is only sending traffic to DSPs that they are interested in, thereby increasing the efficiency in how they work together.

Here’s how it happens in practice. If we are working with 150 DSPs, and 10 billion ad impressions, it could require up to 1.5 trillion bid requests being sent to the DSPs, incurring significant infrastructure costs for them, and for us, when only the one DSP will actually win the bid.

Then we adjust our systems according to that trend data. If you can predict who is likely to bid and win on an impression, and then send an impression to those DSPs, we can generate significantly fewer bid requests. Our bid throttling efforts typically result in a reduction in QPS (queries per second), an increase in win rate, plus an increase in spend per QPS for DSPs.

This approach allows DSPs to be more efficient, which ultimately benefits publishers.

The legacy programmatic pricing waterfall system was characterised by manually set rules, and were based on aggregate historic pricing data. This approach was up-ended by header bidding.

It’s about using platform data and machine learning to predict how advertisers will value an ad impression, and we work with our publisher partners to set a price floor in the auction that we submit to the bidders.

The publisher is able to reclaim more control over the ultimate price, thus the value of the publisher’s ad inventory is protected and they can garner more information about a buyer’s willingness to pay. We have seen a noticeable increase in monetisation for publishers – compared to the old auction systems.

The continued growth of programmatic trading has made it difficult for publishers to maintain quality control over the advertisers and creative that appears on their sites.

Thanks to machine learning, we can predict the quality of an ad before it appears on a publisher’s site. We scan ads as they come through our platform and use machine learning algorithms to identify an ad that is harmful (malware, offensive content, high bandwidth) and block it before it is shown on the publishers’ site.

We look at more than one hundred variables about the ad, and we also overlay known bad creatives, to feed our algorithms.

Machine learning has the ability to deduce over time whether it should block an ad, and which partner to trust. We also use algorithms to help discover if the ad being sent is something the publisher won’t like, which goes a long way in protecting advertisers’ brand safety.

In the movie 2001: A Space Odyssey, HAL 9000 said: “I am putting myself to the fullest possible use which is all, I think, that any conscious entity can ever hope to do”.

Meanwhile, we’re only beginning to scratch the surface of what machine learning can accomplish. Consciousness is still a long way off but HAL 9000’s sentiment was in the right place.