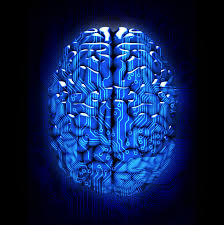 Facebook is making some of the artificial intelligence it uses to prod people to chat and post more available for free.

People can now use the social networking giant’s Horizon coding tools to create their own software that can learn to do tasks in the most efficient way possible by trial-and-error. An outside developer working in her garage, for example, could use the sophisticated technology to build the next addictive app.

“A hobbyist or high school student can run it on their laptop or you can run it on thousands of machines in the cloud,” said Jason Gauci, Facebook’s lead engineer for Horizon.

Facebook, which announced the availability of the tool on Thursday, has used the technology to teach its computers to figure out which notifications users are most likely to respond to. For instance, a user may click on a notification telling him that his mom liked his latest post about gardening and then comment back. That same user, however, is less likely to correspond with the dozens of others who liked his post and whom he barely interacts with on the service.

The Horizon tools are based on a subset of artificial intelligence technologies called reinforcement learning, which companies like Google are also researching and implementing. Google, for its part, has used reinforcement learning in its data centres so that its computers learned to adjust its cooling systems to cut down on power use.

Gauci said that his company also uses reinforcement learning to decide whether to send people low or high-quality videos depending on variables, like people’s cellular connections, whether they are on a subway, or if they have just exited a tunnel.

To ensure that computers perform the best possible actions, they are either rewarded or penalized based on the action’s outcome. In the case of Facebook notifications, staff members rewarded the computers each time their alerts led to people interacting with other users, and penalized the systems when the alerts caused no response. Over time, the computers learned to send the right notifications that would provoke people to comment instead of merely clicking the alert.

The goal of releasing an open source, or free, version of the Horizon tools is to spur more coders to experiment with cutting-edge technologies, Gauci said.

Companies like Facebook, Google, Microsoft, and others are increasingly releasing their internal AI tools for free to familiarize developers with their technology and thereby help with recruiting top talent. Also, by releasing more AI tools, the companies are trying to win the public relations war over who has the most sophisticated technology.

Of course, implementing powerful automation technology in consumer products has potential drawbacks. For instance, Facebook, already under fire for spreading fake news and misleading content during the 2016 U.S. presidential campaign, would dig a deeper hole for itself if its computers highlighted notifications from people who routinely post offensive or controversial content merely because users are more likely to respond to them.

Gauci said that Facebook continuously tests its AI before implementing it, and that the company’s policy and notifications teams are also observing the system, implying that there should be little problems.