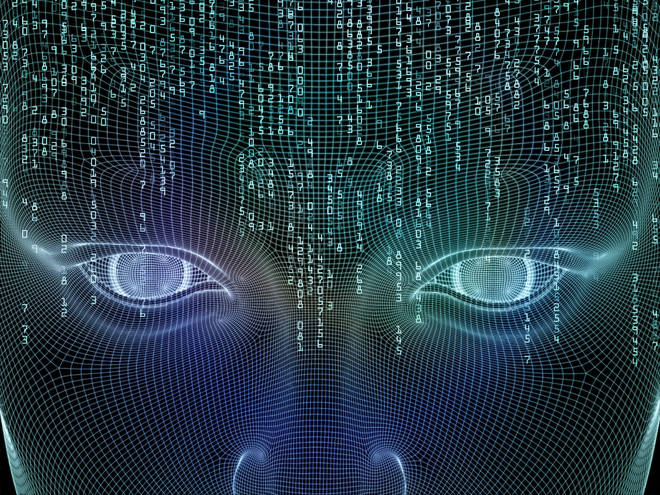 A few weeks ago, the Kenyan minister of technology was promoting it and talking it up to his government. The U.S. government has increased the funding for it by forty percent since 2015. It is a State priority in China, where it is being used for various government processes including catching law breakers. It is the buzzword in all of technology today. It is Artificial Intelligence (AI). This column in Daily Trust has written a few articles on the facial recognition component of AI, including those on 17 July 2017 and 19 February 2018, but AI is much more expansive and it is surely getting bigger by the day. I’ll dig deeper into this technology paradigm in today’s article; as they say: “where attention flows, results show.”

Artificial intelligence, also sometimes referred to as Machine Learning (ML), is computer-based. It enables computers to see inconspicuous patterns in a dataset to improve performance (“learning”) progressively without being explicitly programmed. In this way the computer is made to dig up stuff that would otherwise remain hidden inside of large amounts of data, and provide you with information that you can act on. There is some historical perspective to AI, for example, as recently described by Michael Kratsios, deputy assistant to the president of the U.S. on technology: “In the summer of 1956, a dozen American scientists gathered on Dartmouth’s campus with the goal to, ‘find how to make machines solve the kinds of problems now reserved for humans. Now, nearly 62 years later, the age of artificial intelligence is here, and with it the hope of better lives for the American people.”

There are different kinds of AI. One of the most commonly deployed these days is the Facial Recognition technology (FRT), or the technology of recognizing people’s faces. As stated in this column on 17 July 2017, the concept is quite simple: At some point, a picture of your face would have been taken by someone or some machine, and specific geometric/topological features of your face extracted and stored along with your personal data, bio data, or metadata. By searching through such a database and making comparisons, any newly captured facial features can be evaluated to explore a match and present identification. The technology is being used for verifying customer identities in business transactions such as banking. Installing FRT hardware in students’ dormitories can discourage criminals. Facial-recognition technology is also quite useful in tailoring marketing efforts based on some database. Security and surveillance represents a critical area where FRT is also very useful. Here, the identities of people are obtained before they are allowed entry into a building or are matched with some information in a database for the purpose of catching criminals. Also, a few universities are installing FRT to identify ghost exam takers trying to sit exams for other students. Law enforcers love FRT.

There are other types of AI. At its 2018 Build Developers Conference in Seattle, USA, 7-9 May 2018, Microsoft unveiled the prototype of a next generation stenographer, which combines facial and audio recognition technology within the context of artificial intelligence. Caitlin Fairchild describes this as follows in the 10 May 2018 article in Nextgov.com: “The device recognizes employees as they walk into a conference room and microphones capture audio of the meeting as it takes place, and AI tools then transcribe everything being said in real time. The AI is even able to learn about team members’ speech patterns over time to improve transcription accuracy. If you have a meeting between people who speak different languages, the device can provide translations.” The system reportedly has an accessibility tool that helps those with hearing loss better participate in the meeting.

The use of AI by tax auditors is different from the two examples described above. Here, standard business rules and various types of ML are combined to give a result that is better than the sum of its parts. In predictive modeling – also called supervised learning, – tax agencies use all past fraud and audit cases to figure out patterns that are correlated with successful cases. “Unsupervised Learning,” such as “clustering,” has also been deployed, whereby the computer automatically puts all tax returns into groups that have similarities (clusters) and then targets returns falling outside these clusters as outliers that require additional scrutiny.

There are a few important things to note about AI. Its success in various deployments depends on the availability of data, which is required to train the algorithms. For example, even though the technology might have been conceived and developed in the West, a Chinese AI tool, such as SenseTime, may be more accurate than similar tools developed in America because the former has more data for training its software. The other issue is related to bias, such as the racial bias situation of FRT tools alluded to in the 19 February 2018 article in this column in Daily Trust. In addition, the public needs to be informed, to avoid scandals such as the revelation that the city of New Orleans, USA, secretly used the so-called Palantir’s algorithms for predictive policing for six years until this was uncovered. As it were, deploying awesome technology comes with awesome responsibilities.