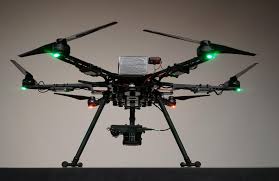 Hunger and political instability go hand in hand. Fighting and droughts across Somalia, South Sudan, Yemen, and parts of Nigeria have caused dire situations and have driven up food prices, placing over 20 million people under increased risk of food insecurity. Terrorist groups and criminals prey on such situations, exacerbating political tensions and violence.

Leadership in North Korea, meanwhile, uses food as “a means of controlling the population,” according to a U.N. report.  Terrorist groups like ISIS, Boko Haram, and Al-Shabaab have used food insecurity as a recruitment tool and to expand operations during periods of political instability, in some instances rebranding UN food aid packages.

These emergencies represent not only humanitarian crises, but also a serious threat to U.S. national security. Military experts, as well as those in the development sector and academia, have long observed the relationship between resource insecurity, political unrest, and violent extremism. Some of the latest technologies in surveillance and data analysis deployed today on the battlefield can help policymakers understand the needs of desperate people vulnerable to exploitation.

As the U.S. formulates new security strategies to defeat groups like ISIS, stabilize Afghanistan, and address the challenges of Yemen, we need to consider meals along with our side of “Mother of All Bombs” and feeding the Middle East with more than just fighter jets. If we do not, it is unlikely we will make the dramatic impact needed to stop these groups.

The good news is that many of the same types of technologies and techniques the U.S. military has developed or is developing for reconnaissance and intelligence analysis, such as satellites, big data analytics, and drones, are also part of a new generation of tools for monitoring, predicting, and preventing food crises.

Consider the U.S. Agency for International Development’s Famine Early Warning Systems Network, also known as FEWS NET, which, since 1985, has leveraged new technologies to monitor food insecurity and produce timely alerts on emerging or likely crises. FEWS NET collects and analyzes data on rainfall, atmospheric and meteorological conditions, high-resolution satellite imagery, and other crop assessments, working in conjunction with NASA the National Oceanic and Atmospheric Administration, and the Department of Agriculture. FEWS NET has improved and expanded its processes for data collection and analysis using new forms of predictive analytics, allowing it to deliver strikingly accurate projections about commodity prices and food availability.

Among the most significant challenges facing programs like FEWS NET is the handling of increasingly vast quantities of data and establishing trust in data quality. Collecting large amounts of potentially useful information is one thing, but applying it effectively as policy is another.

For that, enter geospatial intelligence and big data analytics.  The military and the private sector have pioneered systems that can handle vast amounts of imagery and geospatial information faster than ever before, making it easier to make sense of all that data.

Machine learning and machine vision techniques are also dramatically increasing our capacity to analyze complex data, in the form of images or videos, with greater speed and efficiency. With increased frequency in data analysis comes the need to constantly verify sources of data. Blockchain, a technology often associated with bitcoin, is being employed as a digital ledger for real-time food supply tracking.

Once solely the domain of military operations, drones and other remotely piloted vehicles have entered the mainstream as agricultural experts, and regional planners are beginning to see applications in their industries. Drones equipped with sensitive photographic sensors can capture extremely detailed images of crops, forests, and coastlines.

With the ability to cover 494 acres in just 30 minutes, these drones can quickly survey swaths of land that would take days or weeks to cover on foot. In 2016, the United Nations Food and Agriculture Organization teamed up with government officials to deploy agricultural drones in the Philippines. The agency is investing in drones for the purposes of rapid and reliable geospatial data collection and assessments of conditions before and after disasters, for problems such as pest control, among others.

New technology is also changing the form and function of drones. For example, engineers at the UK firm Windhorse Aerospace have recently developed the first edible drone called the “Pouncer.” The Pouncer’s body, still in its prototyping stage, is composed nearly entirely of food, with compartments for additional storage. Such a technology could provide a highly precise means of delivering food assistance, while also reducing the risk sustained by aid agency personnel working in conflict zones. Otherlab, meanwhile, has used technology provided by DARPA to create a cardboard glider that biodegrades once used, addressing concerns over Unmanned Aerial Systems (UAS) ending up in the hands of a potential enemy.

Using innovative technologies to combat food insecurity is a cost-effective and efficient strategy to reduce political instability abroad and make us safer at home. With the commercial sector embracing such technology with dual-use implications for the national security domain, we must empower the next generation of innovators to forgo building the next pointless app for our phones and instead pursue advancements in fighting famine.

The development and implementation of these strategies will be largely contingent on the ability of traditional and unlikely partners, military leaders, public-private partnerships, and technologists to realize the potential alignment in their agendas and formulate new collaboration and policy opportunities. Just remember that one man’s UAS is another man’s burrito bomber.